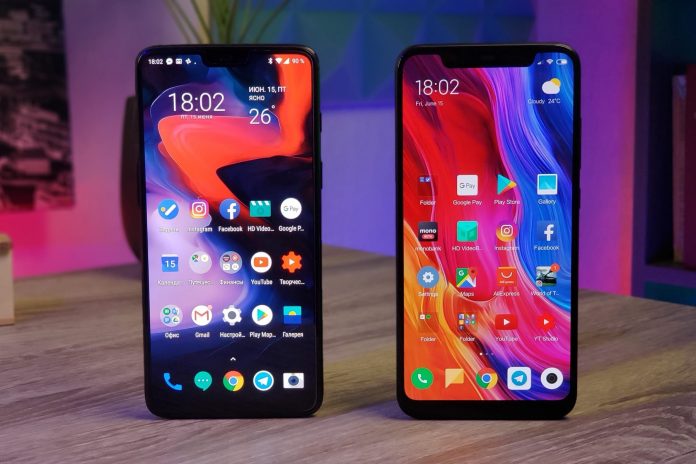 I have previously shown you how to boot the Samsung Galaxy Note 9 into Recovery Mode. What you saw in that tutorial is the stock recovery though and its features are rather limited. However, we can install TWRP as our custom recovery and perform full backups, flash custom ROMs, install custom kernels, and much more.

TWRP has become the defacto custom recovery for Android enthusiasts. There used to be another option available but it lacked features (like touch screen capabilities) and stopped being updated as the developer began losing interest. TWRP has lived on through multiple generations of phones and continues to thrive.

The Risks of Installing TWRP

Unlike installing an application from the Play Store, there are some risks involved here. Installing TWRP as the custom recovery on the Galaxy Note 9 means that you lose some features of your phone. This includes, but may not be limited to Samsung Health, Samsung Pass, Samsung Pay, Secure Folder, and Secret Mode (in Samsung’s Internet Browser). This is because installing TWRP trips Knox and that means Samsung doesn’t trust the software that is currently installed.

There may be some ways of getting some of these features working again but that will be saved for future tutorials. Installing a custom recovery on the Galaxy Note 9 also means that you lose the ability to accept an OTA update via the traditional notification software. Again, there are ways around this but I just want you to know the risks that are involved when going down this path.

There is no going back once you have installed TWRP. Unless an exploit comes out that lets you reset the Knox counter (which is incredibly rare), you will be stuck manually updating your phone’s firmware and again, you will lose some features unless there are ways to bypass the restrictions.

You will also lose all of the data you have on your phone, so go ahead and create a backup before you begin. So, let’s get started by replacing the stock recovery with TWRP as your permanent custom recovery.

How to Install TWRP on the Samsung Galaxy Note 9

Now for the record, I don’t know why those screenshots above are yellow/orange rather than the official blue color that TWRP has. When I boot the Galaxy Note 9 into TWRP the colors are blue, so I’m going to guess that it has to do with the code that was used to build TWRP.

As with most of my more in-depth tutorials, it may look way too complex at first but that’s only because I’m breaking down the steps so that anyone can follow along. A lot of my Galaxy Note 9 tutorials so far have been focused on showing you the features that Samsung has put into the phone.

This one takes things a step further and shows you what you can really do with your smartphone. I hope you read the warnings before diving in because most of them a irreversible. You will lose access to those secured Samsung features and the odds of you getting them back are incredibly low.

Benefits of Installing TWRP and Root the Galaxy Note 9

So, now that you know the risks involved you’re likely thinking that there has to be an upside to all of this. I mean, why else would someone mod their phone if all it meant was a loss of features. And you’re right, there are a lot of new things that you can do with TWRP.

The stock recovery on the Galaxy Note 9 is good enough for most people, but if you want to tinker with your smartphone then you’ll need to have TWRP installed. Not only does this allow you to create what are known as Nandroid backups of your phone (which are complete snapshots), but you can also install a lot of cool mods too.

One of the most popular is actually required and was us installing the Magisk ZIP file on the smartphone. This allows you to gain root access which opens up a ton of other features as well. A lot of really cool and useful apps/features require root access and Magisk manages that for us.

Each method I tried to achieve this goal was met with a bootloop though so, to my understanding, this is the only way. I will say that there is a way for those who want to keep TWRP installed but get rid of root. All you have to do is simply uninstall the Magisk Manager application

It doesn’t completely unroot the phone, but Magisk Manager is required in order for root apps to be granted access. So if you remove the Magisk Manager application then those root apps cannot be granted root access. Therefore, you are now able to keep TWRP installed without worrying about root apps.

Samsung can offer all of the types of backup solutions they want (like the ones I have previously talked about), but none of them will take a complete snapshot backup as TWRP can. I will install a mod or two on my phones but the ability to create full backups is where TWRP shines, in my opinion.

TWRP lets us create a complete backup of the partitions we have on our phone. These partitions range anywhere from the bootloader to the EFS, modem, vendor, system and more. The number of partitions you can back up will depend entirely on what the developer of your TWRP build allows.

However, they always let you do complete backups of the system, vendor, and data partitions. These are the important ones too as you can restore from these backups and revert changes you don’t like (such as ones which caused a bootloop), and more.

I could go on and on here but one of the negative effects of installing TWRP is the fact that you can no longer receive official OTA updates from Samsung (or your wireless carrier). You will still likely receive these OTA update notifications but trying to install them will result in a failed attempt.

Thankfully though, we can just install these updates manually via TWRP or Odin. Now, if you install one of these updates via Odin then you must reinstall TWRP and Magisk again. So I recommend that you find a ROM for your device (whether it’s Exynos or Snapdragon) via XDA and flash it with TWRP to stay updated.

This will allow you to keep your phone updated with security patches, it will include those new features that Samsung rolls out every now and then, and you can choose when to download and install the updates yourself. No more waking up in the morning with a notification saying you need to reboot so the phone can finish its update.

And best of all, you can create a Nandroid backup ahead of time before you install these updates. I’ve heard horror story after horror story where an update was pushed to the phone during the night and the user woke up to a phone that wouldn’t boot up. Sure, they could boot the Galaxy Note 9 into Recovery Mode and do a factory reset to try and get their phone working again.

But that doesn’t always work and they are left with a cleaned phone without their apps, data, or anything else Unless they so happen to have created a backup the night before that they can restore from. And even then, that all takes time away from their day that they were not expecting.

Which Side Do You Choose?

But if you’re the type, like me, then you’ll likely want to install TWRP. You’ll have full control over your phone and can tinker with it to your heart’s content.

How to Stop Samsung Devices from Sending Data to Qihoo 360 Servers?

How to Hide the Galaxy Note 9 Navigation Bar Dot