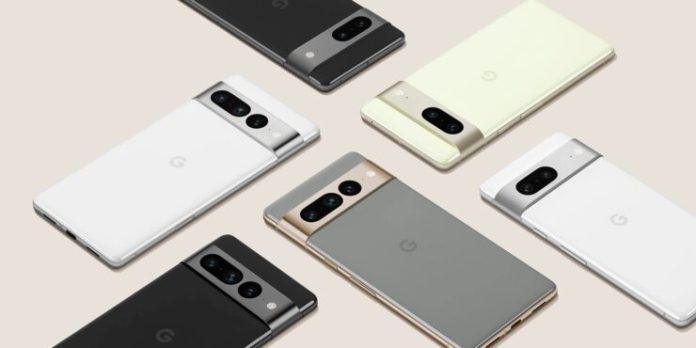 In this article, we will give a step-by-step guide on how to boot your Google Pixel 7 or Pixel 7 Pro in safe mode. Safe mode is a special boot mode on Android that can help us troubleshoot certain issues. Here we will be showing you how to boot this phone into safe mode as well as how to exit safe mode.

Android is a complex operating system and that means sometimes various components that make up the operating system can bug out. This can result in a cascading effect where one area breaks due to something like file system corruption and it causes issues with an entirely different aspect of the phone. One such area of Android that has a large amount of influence over the rest are third-party applications and games. Whether you have installed them through the Play Store or have side-loaded them manually.

Applications and games can have a major impact on the performance and stability of your smartphone. Installing an incorrectly coded or poorly optimized app on your device can cause a performance dip. It can chew through your battery life at an alarming rate or even begin filling up your remaining storage space with useless data.

We have seen people experiencing issues with all of these areas of android and in some cases, it boiled down to a bad or even sometimes just an outdated application causing the issue but many of us have dozens or even hundreds of third-party apps installed on our devices. So, how are we to know when one of these is causing an issue and this is where safe mode comes into play?

The Google Pixel 7 safe mode feature is a way for us to temporarily disable all of these third-party applications and then this allows us to test and see if it is the apps and, games that we have installed that are causing the issue that we are experiencing with the device. Whether that is performance-related, may be an overheating issue, or even just the cause of your smartphone having poor battery life.

Long press the power button and then perform a long press gesture on the power off button that appears on the screen.

A dialog box will appear asking you to confirm if you actually want to reboot your Google Pixel 7 or the Pixel 7 Pro into safe mode or not. Tap the OK button to begin the shutdown process.

Your device reboots over into this special boot mode, after the Pixel 7 boots back up, you are going to notice a watermark in the bottom left of the screen. You can see it says safe mode.

The watermark is there to remind you that your phone is in safe mode, and that is the reason that you see all of the third-party applications and game icons on your device are grayed out.

Anything with a gray icon is considered to be a third-party app which means it is not pre-loaded on the phone from the factory and these apps and games are going to be disabled while you are in safe mode.

Your goal here is to try and replicate the issues that you were experiencing before while your smartphone is in safe mode. If you notice that the device was performing poorly or maybe it began to heat up while using multiple apps then open up one of these non-disabled apps while you are in safe mode to see if you notice the same types of performance issues.

Also, if you had noticed that your phone was chewing through battery life even when you are barely using it, boot the device into safe mode using the steps we just showed you to see if you’re still noticing the same issue when all of your third-party applications and games are disabled and unable to be launched.

If you are still seeing the same issues while you have your Google Pixel 7 safe mode feature enabled then the underlying cause is likely from the firmware itself, and you will probably need to perform a factory data reset in an attempt to fix the bugs and issues.

However, if you do not notice that your phone is exhibiting the same issues then it is probably caused by one of these third-party apps or games that you have on the phone since they are now blocked from being launched.

Many times these third-party apps or games are not optimized properly or they are aggressively coded in a way to fight with other apps for phone resources. If that is the case then you will have to exit the safe mode on your device so that you can begin disabling or uninstalling those third-party applications or games one by one in an attempt to find out which one was causing the issue.

You may even be able to go into the battery usage page to find evidence of a particular app or game by analyzing the battery stats.

To exit from the safe mode, just bring up the power menu by pressing the power button and then reboot your device by tapping on the reboot option in the power menu. Your device will start rebooting and boot you back into the Android operating system.