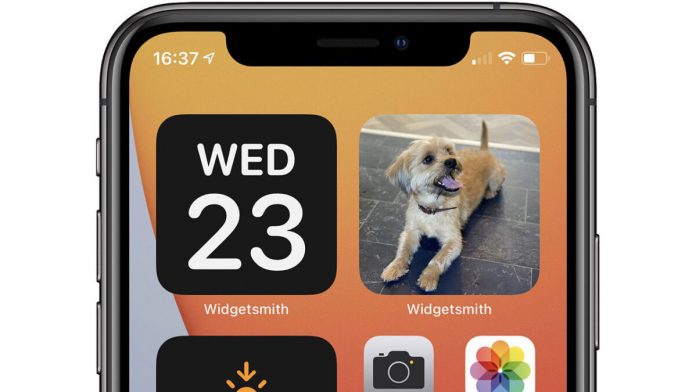 The iPhone’s home screen widgets are getting awesome. You can get more creative with iOS 14 as it has bought a completely new structure to the widgets. The user will now be able to customize the home screen look with various options to choose from. Apple users are now allowed to customize their apps to various shapes and sizes. One of the most famous widgets is the Photos widget, where you can display a picture from the library on the mobile screen.

The Photos widget comes in three sizes from Apple’s stock of Photos app. The displayed picture changes every hour. The photo app itself selects the picture to be displayed on the widget. Thus you won’t be able to select which images you want to appear at any given time.

The users of the Apple Photo widget can have a rotating photo from the library. This does not require any additional effort. However, if want a selected photo to be displayed or specific photos should be rotated, the users will need to use a third-party app. Using the app store, you can get various widget apps that will allow you to display selected photos. So, read more to know how to change picture on photo widget.

How to Change Picture on Photo Widget

One of the simplest apps that the iPhone has is known as Photo Widget – Simple. With this app’s help, you can select up to 30 pictures to be displayed on the home screen widget. The app allows a certain amount of time before the pictures rotate if you have selected multiple photos as the app supports all three sizes of the widget. With the help of the following steps, you can know how to change the photo on the photo widget.

At first, make sure that you have the Photo Widget – Simple app

After the installation, open the app

Go back to the home screen

To activate the jiggle mode, hold on to any of the space on the home screen

On the top left corner, tap the plus sign

Move towards the Photo Widget option and select it

By swiping towards the left and right, check all the three available widget sizes. You will have to select any one of the three and tap Add Widget

If you want more than one picture to be rotating on the widget, from the above repeat the 2nd and the 4th

You can even hide the picture widget app in the App Library after creating your widget.

Apple’s phone widget comes with some limitations. With such restrictions, do you want to know how to change photos on widget by using a third-party app? Widgetsmith is a third-party app that will help you create custom widgets. This enables you to add a single photo or an entire set of pictures directly from the Photos app. The best part is that you can select the pictures and also change the photos anytime.

Select a particular photo or photos from an album.

Tap on Selected Photo or Selected Album and choose the picture or album you would like to use.

Go back by hitting the arrow on the top left

Your photo or album widget is now created. Like any other widget, add this to the home screen using the Widget Gallery. When the widget has arrived on the home screen, select and hold it, select the Edit Widget, and choose the photo or the album widget.

It is a simple process to add a picture widget to the iPhone home screen. If you wish to see only some featured pictures or memories, then you can use Apple’s Photos widget. But if you choose the picture you want to see, take the help of a third-party app to create custom widgets.