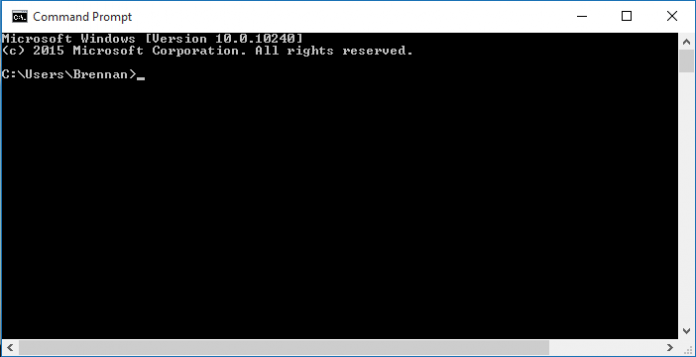 How pleasant it is to be able to access the internet for free. It doesn’t just safe you the money you will have to use to subscribe to a data bundle from your Internet Service Provider (ISP), it will also allow you to download, update or do some important things on the internet that you wouldn’t have done with your packet mobile data due to cost. How to get free internet using command prompt?

The command prompt is an Operating System (OS) feature that enables PC users to have access to everything the operating system has to offer. It is a command-line interpreter application that executes the commands entered into it for the operating system to perform some certain advanced administrative functions. It also solves some system problems or to modify the system in a way that suits the user.

It is a very important tool on the Windows operating system because of its versatile function abilities. One of the ways by which the command prompt of a PC can be utilized is to access free internet. We will be discussing how to gain access to a free internet by using the command prompts on Windows and Mac Operating System in this article. 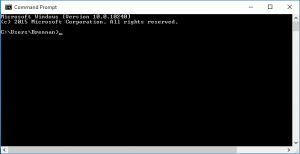 You can open the command prompt in Windows Operating System by employing different methods. Such as:

Step 1: You can open it using the start menu search and typing “cmd” into the search box to launch it.

Using the keyboard shortcut by pressing the “Windows icon + R” to open the run box and then type in “cmd” into the entry box. Typing “cmd” into the file explorer address bar and tapping the Enter key to open the command prompt, etc.

After you have opened the command prompt, you will see a blinking underscore icon indicating where you need to start typing your command lines.

“netsh wlan show networks mode = bssid” is the first command you need to type in the command prompt.

Typing this and effecting it with the Enter key will show all the Wi-Fi network that is available around you and you are to take note of their names.

The “netsh” command in the above code line stands for Network Shell, it is a command for networking that allows the user to view and configure all network adapter on your PC in a more detailed way.

Once you run the command on its own, it shifts the command prompt into network shell mode.

In the above command, we mentioned “netsh” which plays a key role that is to be typed in the command prompt. Another key command here is “wlan” which stands for a wide local area network of which Wi-Fi is an example of such.

Step 3: The next command to input into the command prompt is “netsh wlan connect name= (name of Wi-Fi)”.

For instance, if “lexam” is one of the Wi-Fi names detected by the computer, you will input “netsh wlan connect name = lexam” in the command prompt.

Step 4: Press the Enter key on your keyboard to connect your PC to the Wi-Fi network and you now enjoy free internet on your system.

Also, you might want to know the password of a Wi-Fi network to be able to enjoy free internet. You can also do this using the command prompt.

Step 1: In the command prompt type “netsh wlan show profiles”. This will show all the Wi-Fi networks that you have connected to in time past, you will have to take note of their names.

For instance, if the Wi-Fi router name is “Adrex” for example, the command would be “netsh wlan show profile Adrex key=clear”.

Step 3: Press Enter, you will then see the descriptions of the Wi-Fi network that you have selected.

Navigate down the properties of the Wi-Fi network, till you find Security settings, under that, you will find Key content, the password to the Wi-Fi network is the one directly at the side of Key Content.

The command prompt on a Mac Operating System computer is a program called Terminal. The Terminal gives the user access to the Unix part of mac Operating System. To access the Terminal, the user can use different methods; you can either open the Launchpad (a silver icon in the Dock that looks like a rocket found at the bottom of the screen), click on the “other folder” and then click on Terminal or using the “Spotlight icon” (magnifying glass at the upper right corner of the screen).

Then type terminal into the search box or click on the Finder icon (a two-toned smiling face) in the Dock on the screen’s bottom. Then, click on “Applications” next, “Utilities” and finally double-click on Terminal to open it and type in the following commands in the command line:

Type “defaults read/Library/Preferences/SystemConfiguration/com.apple.airport.preferences|grep SSIDString” into the command line. This would bring a list of the Wi-Fi networks that you have previously connected to.

Next is to find and display the password of any network that you want to connect to. This can be achieved by typing “$ security find-generic-password -ga “Wi-Fi name” |grep “password:” “ i.e. the “Wi-Fi name” here would be replaced by the particular name of the Wi-Fi that you want.

The password to that Wi-Fi network would be displayed, you can then make use of it to enjoy free internet on your computer.

This is how you can have access to free internet anywhere using a command prompt on your PC.