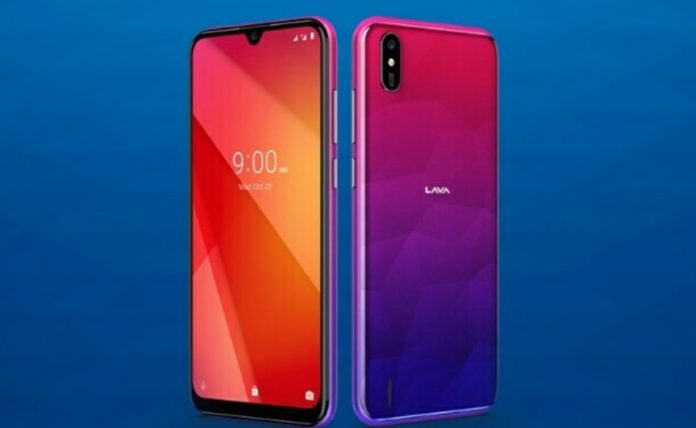 Lava recently expanded its Z Series lineup of smartphones with the recent introduction of its new budget smartphone called the LAVA Z53. It features a dual SIM smartphone with Dual 4G VoLTE and Face unlock support. The feature can be used to unlock the smartphone in just 0.4 seconds. Sad to say that there is no fingerprint sensor feature available for this new budget smartphone. 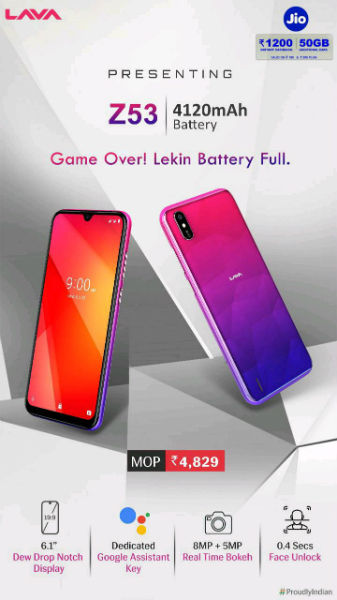 Lava Z53 camera specs feature a 5 MP front facing camera placed on the inside of it’s notch. On the rear end there is an 8 MP auto focus shooter along with LED flash.

The smartphone’s dimension are respectively 145.6 x 70.9 x 9 mm and it weighs about 150 grams. It features a quad-core MediaTek Helio A22 SoC along with 3 GB RAM and 32GB ROM which can be expanded upon utilizing a MicroSD card.

The device is powered by a powerful 4120 mAh battery which the company claims will offer its users 2 days of usage. Under connectivity specifications, it features a Wi-Fi 802.11 b/g/n, Wi-Fi Hotspot, Bluetooth V4.0, Micro USB V2.0, GPS/A-GPS, FM Radio and 3.5mm Audio Jack.

The Lava Z53 is currently priced at Rs. 4829 (MOP) in India and is already available for purchase in India at your local dealers or stores. Reliance Jio customers can also avail Rs. 1200 worth of recharge vouchers and 50 GB of additional 4G data on recharges of Rs. 199 and Rs. 299 plans.