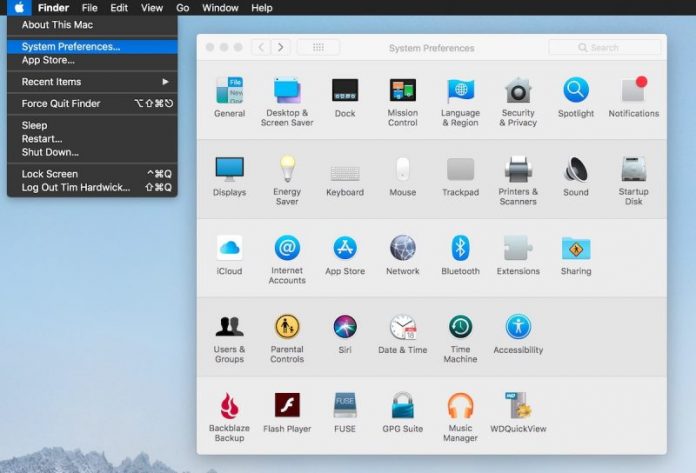 Navigation Gesture has been added to Android Pie in an attempt to make navigating through the OS more intuitive, but many disagree with some of the changes.

These changes go multiple layers deep so I feel it is best to focus on the giant elephant in the room first. The feature image of this article is going to be familiar to virtually everyone who has ever used an Android smartphone or tablet before. It was a bit strange when Google changed these to shapes instead of descriptive items.

I could see change making it easier for young and old people to learn, but it may have to do with introducing Android into additional countries.

Now, I don’t want to say that everything Android OEMs copy every single thing Apple does…but it’s getting more and more difficult to dispute that. So the Apple iPhone X got rid of the coveted home button that they have been so used to and went all in on gesture-based notifications. To be honest, I absolutely love gesture navigations on Android and have been using them way before the iPhone X every came out. I was a huge fan of AOSPA’s Pie Controls and since then other developers have created their gesture solution.

Google Says it Took Them Over a Year to Design

Just looking at this makes it difficult to know what any of this does (besides the back button), but I have a tutorial up that shows you how to turn on navigation gestures on Android 9 Pie. That video was made while the updates were going through developer previews so some of the features work (I’m pretty sure I mention why one feature doesn’t work in the video) but they all work now. Now, I will give Google some credit for this implementation of the implementation of the navigation gesture feature and its quick way to swap between your two most recent apps.

That used to be done by double tapping on the Overview/Recents button twice really fast and, thankfully, that feature is still possible with this feature enabled. That is about the extent of my appreciation for this new navigation system that I can think of. Granted, I will admit that I could be in the “blah! I don’t want to deal with change” type of crowd, but I actually really like other gesture navigation options. Whether it is Pie Controls, Xiaomi’s feature, and even the OnePlus gestures as well.

It’s mind-boggling that this tool Google over a year to develop to the point where it’s at now. And like me admitting that I may not like it just because it’s different, I will also admit that I just haven’t given it enough time to really get used to it. I have the Pixel 2 XL that I was using a different navigation gesture method with so I will see this for at least a month straight. I still can’t see how it ends up being better than Xiaomi or OnePlus’ offers on their phones.

How Does Navigation Gesture Work in Android 9 Pie?

So let’s dive right in and talk about how this Navigation Gesture feature actually work. If you want to see them in action, check out the video that I linked in the section above. It seems very clear that Google wants the middle, pill-shaped Home button to be the focus of this feature in Android 9 Pie. If you are on any screen (except the first Home Screen) then just tapping that pill shaped icon will work exactly as the traditional Home button. Also, if you hold that button down for a few seconds then Google Assistant will launch.

So these two features are rather intuitive for anyone who has used an Android device over the last few years. There’s a very small, thin back arrow button to the left of the pill-shaped Home button too. This is another one of those features that will feel right at home as well. It works exactly as expected and from what I can tell, nothing has changed with the back button. I could be wrong though, I know there are a lot of people who dislike how the back button works so let me know your thoughts in the comments below.

So now we get to the creme of the crop, the whole reason why Google’ wanted to add Navigation Gestures in Android 9 Pie. Another obvious observation is that there isn’t an Overview/Recents button on the right side anymore. You can press that empty spot for days and nothing will happen. Instead, Google wants you to swipe that pill-shaped button in the middle up. Now things seemed to have changed or may have changed their mind on the idea completely.

Is the Android Pie Navigation Gesture Worth Using?

So all of the focus is on that pill-shaped button (which I will assume is still going to be called the Home button). These swipes will actually act differently depending on which launcher you are using at this time. And in the future, some custom launchers may add Pixel-like functionality to theirs. So they replaced the Overview/Recents button with a slow/half swipe up from the Home button. when you swipe it up an inch or two you will see the application you used last.

These are displayed in a left to right card scrolling format, which I have previously talked to you about when I detailed the App Actions feature of Android Pie. These cards we now have in the Overview/Recents page a no longer just screenshots of the app, and thanks to features like App Actions, we can actually interact with them. If you’re scrolling through these cards and find the one you want you can either tap it or slowly swipe the card down and it will fill your screen.

Alternatively, if you want to get rid of one of these applications that are sitting in your Overview page that is easy as well. In a simple swipe by tapping the card and swiping it up toward the top of the screen will make that application go away and out of sight. Just like I mentioned, some of these swipes are different depending on which launcher you’re using. Since we’re talking about the Pixel Launcher right now, we will continue with this example. The Android team wanted to give you faster access to the App Drawer.

The Different Type of Swipes

I have told you that if you just want to put an application away into the Overview page, then you just need to do a slow swipe about an inch or two up. This shrinks the application itself and puts it in the card from where you can scroll through all of the other applications in the Overview menu. However, if you do a fast, extra long swipe up from the Home button then you will see the App Drawer appear. Just as I said too, you can do this from anywhere because the Android Team wants you to have quicker access than before.

I think this is actually pretty clever too. I would love instant access to my App Drawer (especially if I could organize it) with a long swipe from any screen that my phone is at. However, some people may not have long enough thumbs to perform the long swipe. For example, it may be different for a kid to perform this gesture. So instead, you can do the slow swipe up that puts the app in the Overview page and then do another swipe up from that Home button to make the App Drawer appear.

So as you can see, there are some positives and negatives to the Navigation Gesture feature of Android 9 Pie

All The Legend Of Zelda Games In Order