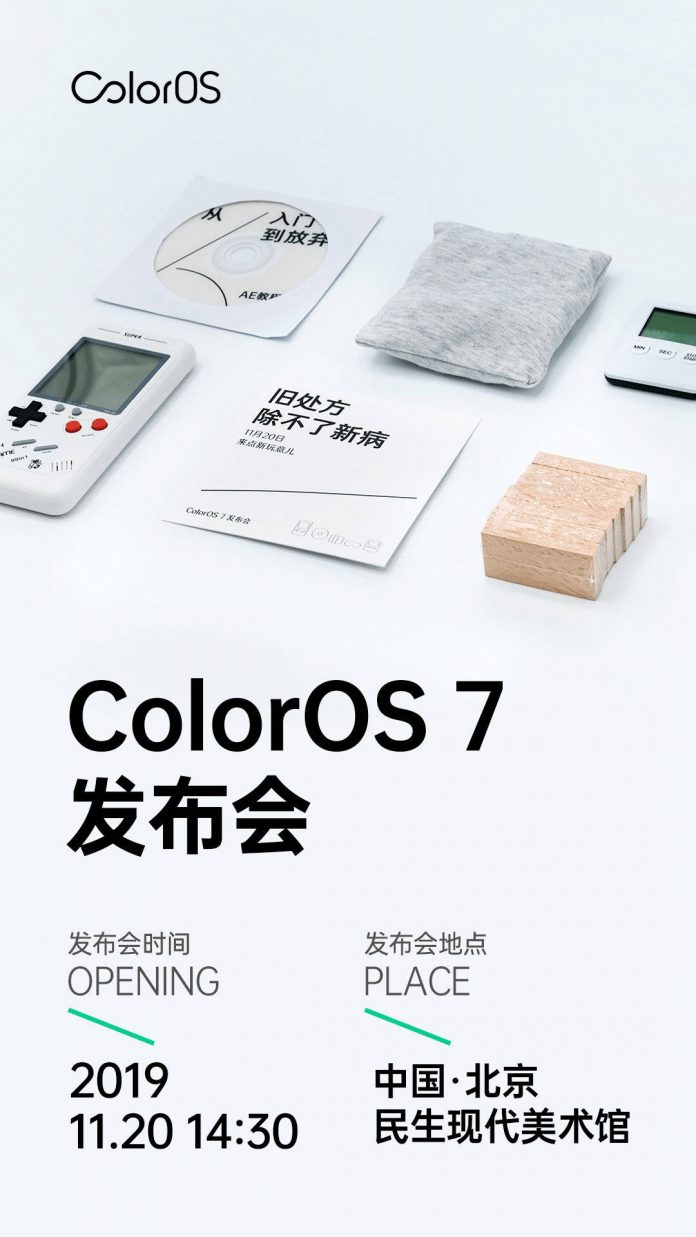 So currently OPPO’s Android custom skin will be taken over by ColorOS 7 on November 20th. The date was confirmed on Weibo by the Chinese OEM where it posted a teaser video of the new version ColorOS. The teaser however did not reveal any detail of the ColorOS 7, it’s likely to run atop the version Android 10 mobile operating system. OPPO in the meanwhile has confirmed that it’ll start rolling out the ColorOS 7 to the Reno 10x Zoom edition. To add also to that, Realme’s CEO Madhav Sheth has revently came forward saying that the brand is working on an exclusive version of ColorOS 7 that will give a near-stock Android interface.

The Realme version of the ColorOS 7 will be compatible with its own smartphones and is expected to be different than the regular version. The details about the software are vague at the moment; however there are rumours which rife that the ColorOS 7 may be revealed with features such as Dark Mode, Focus Mode which can be compared to Zen Mode, a better Control Center or quick settings menu, and better file management features.

As a successor to ColorOS 6, which was released in November of 2018, we are expecting it to come with incremental upgrades in terms of performance, camera, gaming, and security. The custom skin could even feature minimalistic UI, new font, gesture-based navigation, and fluid animations. Just a few speculations so we would strongly advise you to take them with a pinch of salt.

Other news also suggest that OPPO may soon refresh the lineup of its mid-range Reno series, with the release of all-new OPPO Reno S smartphone. We expect The OPPO Reno S to feature a 64MP primary sensor on the back and support an incredible 65W Super VOOC 2.0 fast-charging. The smartphone will most likely be unveiled as early as in December 2019, with a price tag of around Rs 40,000.