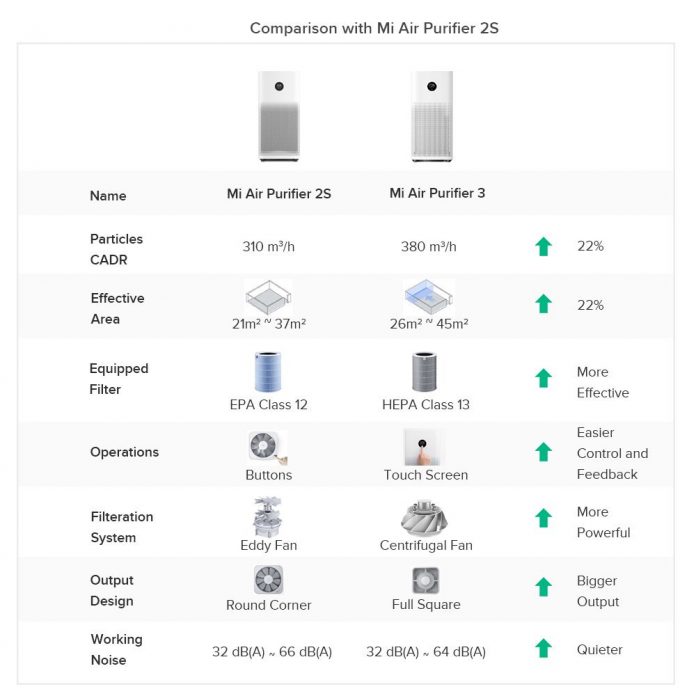 The Mi Air Purifier 3 has a cylindrical design that sucks in air from all sides and throws out clean air from the top. It comes with a 3-layer filtration system that includes a primary filter, a HEPA filter and an activated carbon filter. The primary filter intercepts large particles (PM10 and above), the HEPA filter eliminates small pollutants (PM2.5) with an efficiency of 99.97%, and the carbon filter is capable of ridding the air of formaldehyde, toxic substances and bad odour. The air purifier has a CADR (Clean Air Delivery Rate) of 380m³/h and a coverage area of up to 484ft2, both of which are marked improvements when compared to the Mi Air Purifier 2S.

At the front of the purifier there is a circular touch-enabled OLED display which indicates a range of information like PM2.5 levels, temperature and humidity. It is also possible to switch between different modes and select amongst different fan speeds. The air purifier also has a designated night mode which keeps the noise level at 32 decibels. One downside is that the air purifier doesn’t come with a remote control however it can be controlled via WiFi with the Mi Home application.