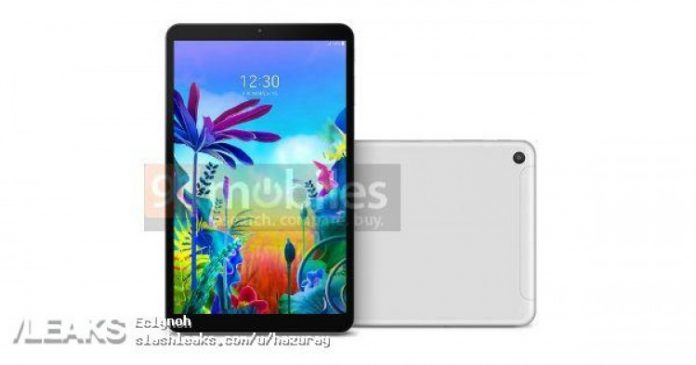 The LG G Pad 8.0 (also known as LG G Tab 8.0) is an 8.0-inch Android-based tablet computer produced and marketed by LG Electronics. It belongs to the LG G series, and was announced on 13 May 2014 along with the G Pad 7.0, and G Pad 10.1. This is one of LG’s new tablet size variants aimed to compete directly with the Samsung Galaxy Tab 4 series.

So revently a tablet believed to be the upcoming LG G Pad 8 has been leaked, as seen in the image above ( it’s render). The tablet should be, according to numerous eport, launched very soon, and its price will be roughly around $365, or the equivalent of Rs 26,000.

The main camera on the back, as per some of these reports, should be an 8MP shooter, while the front-facer is expected to be a 5MP unit. Other details are scarce at the moment, but we expect to hear more as we’re getting closer to the launch.