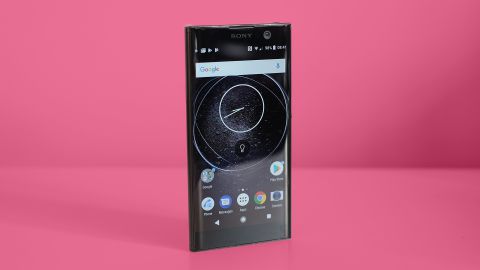 I’ve received a lot of comments about random bootlooping on their LG G4 and today I have learned that LG has come out with a statement regarding the issue.

Firstly, I want to make sure everyone knows the difference between this bootloop issue and the regular one that is caused by something you did. If you have rooted your LG G4 and installed any type of root modifications on your device, then it’s possible that what you did caused the bootloop issue. If you feel this is the case, be sure to read up on the tutorial I wrote about how to revert the LG G4 to stock Android.

Although, technically if you have rooted your LG G4, then it’s possible that you are still affected by the bootloop issue that LG has come forward about.

I just want people to understand the difference between a software induced bootloop(which is one that was most likely caused by a modification you installed), and the hardware bootloop issue that LG will replace your device under. So, if you feel that your bootloop issue is caused by the hardware, then you’ll be happy to hear that LG has confirmed there is a manufacturing defect that is causing this issue. LG has issued a statement about the issue which says. . .

[quote]LG Electronics has been made aware of a booting issue with the LG G4 smartphone that has now been identified as resulting from a loose contact between components. Customers who are experiencing booting issues with their LG G4s should contact their local carrier from where the G4 was purchased or a nearby LG Service Center (www.lg.com/common) for repair under full warranty.

Customers who purchased their G4 devices from non-carrier retailers should contact an LG Service Center with the understanding that warranty conditions will differ. LG Electronics is committed to providing the highest standards of product quality and customer service and apologizes for the inconvenience caused to some of our customers who initially received incorrect diagnoses.[/quote]

This is great news and I’m glad to hear that LG has come forward and admitted it is a hardware defect that is covered under warranty. Still, you may run into some issues when contacting LG about a replacement. There was a similar manufacturing issue with the LG G3 where the plastic frame would crack under certain conditions. Even though LG came out and said they admit this was our fault, there were still some people who had difficulty getting a replacement. What happens is, you contact LG(or your carrier) but the person you talk to either hasn’t been told about the issue or is just trying to get you off the phone without having to process the return.

Whatever the reason, if you contact LG(or your carrier) about this bootloop issue for a replacement, and the support representative says it will cost money since it is not under warranty, simply hang up and call back. This may take a few tries before you get in touch with a competent support representative that is willing to help you out. Try not to get mad if the person isn’t familiar with the issue because it very well could not be their fault and getting mad or yelling definitely isn’t going to help you case. Simply hang out and call again. If you end up getting the same person then you might need to wait an hour or two(or even a day or two) before calling back to get in touch with someone that can help.

This certainly isn’t ideal, and I wish it wasn’t necessary,  but I would rather you know all of your options instead of getting mad and coming back here to tell me that they won’t help you 🙂

LG G4: How to Improve the Graphics in Games

LG G4: How to Enable Encryption