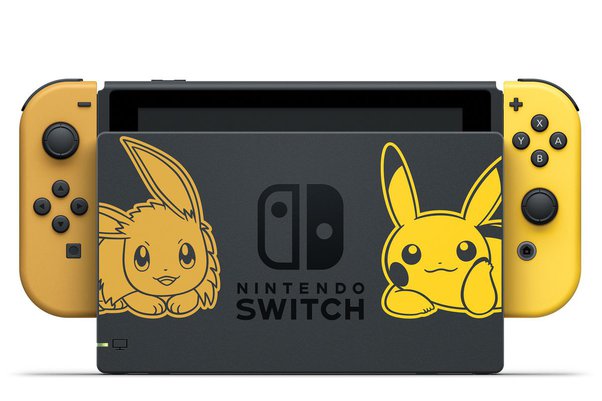 The franchise of Pokemon games is not going down in the upcoming days. Though it has been many years since the first Pokemon game hit the market, Pokemon lovers and gamers still love these games and have a huge fan following across the globe. There are several Pokemon games that are available on different gaming devices and Switch is not an exception. So, if you are a fan of Pokemon games but cannot decide which one to play on Switch, go through the complete article, as here we have discussed the best Pokemon game for Switch. Let’s start.

The best Pokemon games to play on your Nintendo Switch

It is a perfect and one of the best Pokemon games for Switch for players who love to play Pokemon and cafe games. In this game, you will need to run your cafe, and for that purpose, you need to recruit Pokemon as your staff members so that they can help you out. Players will also need to solve different puzzles while playing the game. Pokemon, on the other hand, come with different skills that can help you to solve puzzles.

The game was released on the market on June 23, 2020. You can install this game from the official website.

According to the critics, it is one of the best Pokemon games that you can play on the switch. The game was first released on May 29 in the year 2019 and it is a single-player game. This game comes with some unique characteristics. For example, all the game characters are cube-shaped, making the complete gameplay a bit different and fascinating. This game aims to explore the Tumblecube island. Players will need to do this with their Pokemon partners, and for doing this, they will need to find treasures, collect power stones, and clear different steps of adventures. As a player, you can also design your base camp with other Pokemons.

If you love role-playing games, it can be the perfect game for you. This game was released on March 6, 2022, and just after the release, the game managed to make it’s place among the top 10 Pokemon games available on Switch. In this single-player, role-playing game, players need to build a rescue team and recruit over 400 Pokemon to go on an adventure. You, with your Pokemon team, need to do rescue in different places, and also, you will need to decide what kind of approach you should take in different dungeons. The recent market price of this game is $59.99.

It is a game where you will need to use your teamwork ability. If you love to play team games, it can be the best Pokemon game for Switch where you can go on and have team battles on the field. You will also get the chance to show off the power of your Pokemons with united moves during the battle. It is a single-system game where 1 to 10 players can add online. The game was first released on the market on July 21, 2021. It has already won the hearts of Pokemon game lovers worldwide and created a big fan base.

Both of them are found in the Sinnoh region. As a player, you will have your first Pokemon partner that you will need to choose to be with when you go on your journey. They are Turtwig, Chimchar, and Piplup.

Not only will you need to experience a mysterious journey and adventure but also players will need to explore the Grand Underground to find treasures: Brilliant Diamonds and Shining Pearl. If you are lucky enough, you can even find a rare Pokemon there and can also have an encounter with the legendary Pokemons Dialga and Palkia.

These will be new games on the market and will be released on November 19. The recent market price of these games is $59.99.

If you love battles and fighting, this game can be a perfect Pokemon game that you can play on Switch. Here, you must choose your favorite Pokemon out of 21 fighter Pokemon. With your favorite Pokemon, you will go to fight battles against another Pokemon. You can also seek help from a different Pokemon to get assistance in the fight. As it is a tournament game, there will be a ranking for each player and your goal should be getting the number 1 rank. The game was released on the market on September 22 in 2017.

Remember the game Pokemon snap that was released in 1999? This is a revamped version of the same game where players must explore and take pictures of different Pokemon in their natural habitat. Not only will you need to find out the Pokemon but also you will need to observe and understand what they do. The pictures you will take can also be shared and edited online. You can also make a Photodex with the best Pokemon pictures of you.

This is an adventure game where you will need to go on different adventures with your chosen partner, which can be either Pikachu or Eevee. You’ll need to take responsibility to be the trainer of your chosen Pokemon, and when it’s needed, you can also go on a battle against fellow trainers in the gameplay as well. If you love to catch Pokemon by using those amazing pokeballs, you can do it in this game. These are also role-playing games that were released on November 16 in 2018.

Players need to train Pokemon in these games where you can choose your Pokemon partner between Grookey, Scorbunny, or Sobble. In both games, you will need to go on an adventure to different places in the Galar region. While being on those adventures, you will also be able to find out some mysterious truths about the legendary Pokemon Zacian and Zamazenta. Not only that, you can create allies with other players and go against each other.

If you are searching for a game that is both action and role-play, it can be the perfect choice for you. Also, it is one of the best Pokemon game for Switch. Here, you will need to catch a Pokemon by using those legendary pokeballs, and also, you will need to observe your Pokemon. Your Pokemon partner for this game can be anyone between Rowlet, Cyndaquil, or Oshawott. Not only that, as the leader of those Pokemon, you can create Pokemon allies and command your Pokemon in the battles. You’ll also have your mission in the Hisui region where you need to go with your Pokemon and also you will need to build the first Pokedex in the region there.

Here we have enlisted the top 10 Pokemon games that you can play on Switch. I Hope you understood which one can match your gaming criteria and which one you should install on your system.