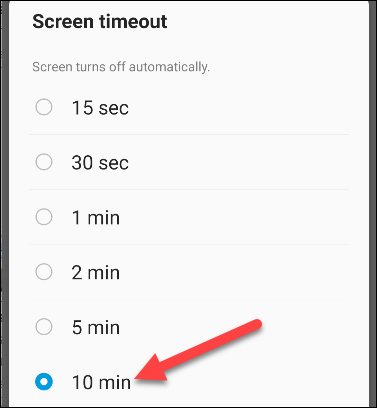 A stable android 12 is what Android users want, especially Pixel device owners. After the Android update, it seems that the new update is not as smooth as it was expected. It seems that with many exciting features, some unexpected issues and bugs come. Plenty of users are complaining about inconveniences, and one of the most common issues is that the screen timeout not working after the Android 12 update.

Recently Google has introduced the latest update for the eligible pixel devices, including Pixel 6 models. Though this new update has plenty of new and unique features, users are getting several issues as well. The screen timeout issue is one of the most irritating and disturbing issues among them.

This issue is causing multiple problems among the users, such as unwanted taps on the screen and the fast-draining charge. Users are complaining that their power is draining way faster due to this issue. Though Google has not given any official statement on this issue until now, we expect Google to take the issue seriously and troubleshoot it soon as it is becoming a great issue among users.

Due to this issue, the users have to press the power button manually to turn off the screen, causing an inconvenience among users. Sometimes, people are trying to troubleshoot the issue by rebooting the device or clearing the cache, but it seems to be a temporary solution as the problem comes back with time again and again, which is frustrating for the users.

Though we don’t know whether this solution will work for everyone or not, we can give it a try as people have positive results after using this method. One can wait for an official statement by Google, but that surely will take a long time. Let’s check out the method that probably will solve the issue.

Try to clear the ‘Settings’ and ‘Settings Services’ app and then reboot the device.

Check for the issue again.

Go to the Settings menu on your device

Go to Apps (You can find the option as “manage Apps” or Apps & Notifications).

Locate Settings and tap on it.

Repeat the same steps and clear the cache of settings services. After clearing the cache of both apps, try to reboot the phone, apply changes and see whether the problem is fixed or not.

Note– If any application page or the device settings menu is opened, the screen timeout mode doesn’t work in idle mode. Unfortunately, we don’t have any permanent solution for this issue yet as Google hasn’t given any official statement. For that, we have to wait for the official release.

We hope this method was helpful to you and you have succeeded in troubleshooting the issue.