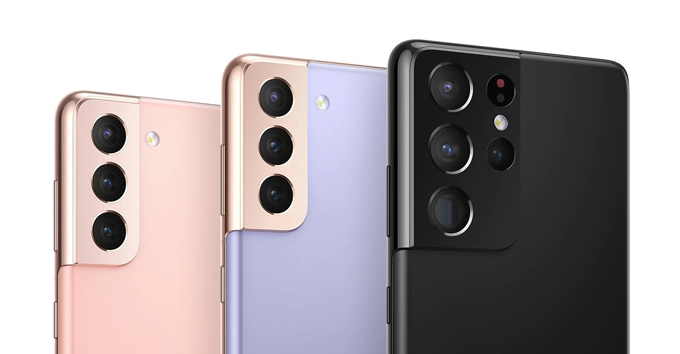 Some people may have unlocked their bootloader just to test out Magisk to install/test a custom kernel or a custom ROM.

Then maybe they’re done with it and they want to go back to complete 100% stock firmware.

We have recently written an article on how to return to the stock firmware. If you have ever modified your device in the past and you wish to lock the bootloader again. Then we highly recommend you make sure that you flash the 100% stock firmware using Odin.

Now one thing that we often go through is that some people mistakenly assume that OEM unlocking toggle for the bootloader lock and unlock status.

So we just wanted to point out that even if you go into the developer options menu and see that the OEM unlocking toggle is grayed out. And below is the text saying the bootloader is already unlocked that doesn’t mean you can’t re-lock the bootloader.

It’s just that we need to lock the bootloader first before we disable this OEM unlocking toggle and prevent it from being locked in the future.

Now in order to do that, we need to boot the device into download mode, we can do that by powering off the device. If you’re unfamiliar with how to do the follow the steps. Connect your device with your PC/laptop via the USB cable while long-pressing the power and volume up & down button at the same time.

Now once you have booted the Samsung Galaxy S21 into download mode a blue splash screen will appear, this is actually the download mode.

In download mode, we’re actually going to switch over into the unlock mode in order to re-lock the bootloader.

We do that by doing a long press gesture on the volume up button.

When you do that even though it says we’re switching into unlock mode the phone is going to check to find out if your bootloader is locked or if it is unlocked.

If it is unlocked already you’re going to see that it instantly switched you into the lock bootloader mode.

However, if it is currently locked then it’ll go to unlock just like we have shown you in how to unlock the Samsung Galaxy S21 bootloader tutorial.

You will see a confirmation screen, we can back out now by pressing the volume down button. Or we can continue and confirm that we want to lock the bootloader.

And locking the bootloader is going to do a factory data reset on your phone.

So we confirm that we want to lock the bootloader by pressing the volume up button. After you do that you’re going to see that a delay for a couple of seconds before the screen turns off.

Then the Samsung Galaxy S21 actually reboots and just as that confirmation screen warned you it also did a factory data reset.

We will see the erasing splash screen pop up, so if you plan on re-locking the bootloader of the Galaxy S21 devices then definitely back up any of your important data.

This first boot back into android is going to take a little bit longer than normal naturally because we just did that factory data reset.

So just be patient and we’re going to see this boot over into the android activation screen.

Then there we have it.

Once we have booted back into android, we can go into the settings application dive into the about phone section, and then the software information.

The tap on the build number seven to eight times, so that we can enable developer mode again.

This is needed because we need to go back into the developer options menu.

We should say we don’t need to as of right now the bootloader is currently locked and that means your firmware is secure.

When you first dive back into the developer options menu it’s possible that you are not going to see the OEM unlocking toggle as we saw before.

Just make sure that you are connected to the internet either through mobile data or through wi-fi.

Then register the device by checking for an over-the-air update.

Once you’ve done that we would just say give it some time possibly even do a reboot.

When it booted back up we can now go into the settings application make sure the hidden developer options menu is there.

If it does not enable developer mode and if you’re not familiar you can check our previous tutorials.

Then when we go back in the developer options and we can see that the OEM unlocking toggle is back.

Now, remember even though the toggle is to the right that does not mean the bootloader is unlocked.

Just as the text says having that toggle on is just allowing the bootloader to be unlocked.

Meaning if we booted into download mode and went through the unlock process again, we would be able to unlock the bootloader.

But if you’re done with unlocking the bootloader and you want it re-locked and stayed relocked we can simply toggle this feature off.

Then we just as instructed we need to restart the phone to use the device protection features.

So again we just restart the device.

Now we have booted back into android the bootloader is currently locked.