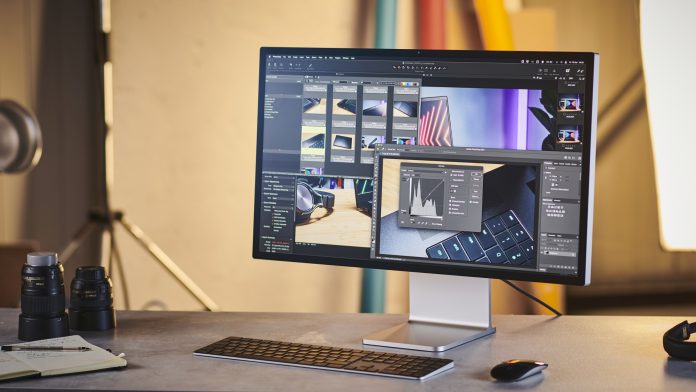 Apple’s voice assistant Siri is very helpful in getting the work done in a few moments. Apple’s studio display has 3 microphones that recognize the “Hey Siri” voice command. Though the recent Mac programs support Siri, in some Macs, such as Mac Pro, which was released in 2019, and Mac mini which was released in 2018, or letter, the Siri voice command or the virtual assistant of Apple is not supported.

There is a way out of this issue. If you have a studio display in your computer setup it can solve the problem and bring the Apple voice command support to your Mac. It is possible because of its integrated A13 chip. So, keep reading to know how to use Siri on Apple’s studio display.

What is a 13 chip, and how can it help to use Siri on Apple’s studio display?

It is actually a bionic chip inside the studio display with the same processor as the iPhone 11 series. It can drive the display’s webcam processing. The webcam processing includes Apple’s center stage feature and forwarding Spatial audio output. If you have this powerful computer processor on your Mac, it can bring the virtual assistant into function to the connected Mac.

When MacOS 12 first came into the market, Apple had to make some major changes to match Mac’s functionality. It includes some changes in the way the virtual assistant Siri works. Now, the virtual assistant’s speech processing and personalization can be made locally on your Mac. Not only that, but it makes Siri more secure and enhances its ability to process requests faster than before. One of the biggest benefits of these changes is that now this virtual assistant can handle various requests entirely on your device, and you don’t need the internet to do so.

Siri is now able to work online, and offline both as it now works automatically. You just have to address Siri and say “Hey Siri” followed by your commands. For instance, if you want your virtual assistant to set the alarm for you at 6:30 p.m, You can say, “Hey Siri, set an alarm for 6:30 p.m.” and Siri will follow the request. You can also ask Siri to message someone, show you weather updates, or stream anything on your device. Siri will command you to turn on your internet connection in some cases. The response will be like ” To do that, you have to turn on your internet connection.”

List of Macs that are compatible with the studio display on macOS Monterey 12.3 or all letter that supports Apple’s virtual assistant

MacBook Air introduced in 2018 or later

iMac introduced in 2017 or later

Other benefits of the studio display

Not only with Siri, but studio display can help you in various other things. Some key features are mentioned below:

You can have a 27-inch screen size,

You can get a 12-megapixel Ultra Wide camera

Get a six-speaker sound system

You would get one Thunderbolt 3 port

You can also get three USB-C ports.

Now you can control Siri by using the studio display on your Mac. Hope you have succeeded in solving your problem following the guide.