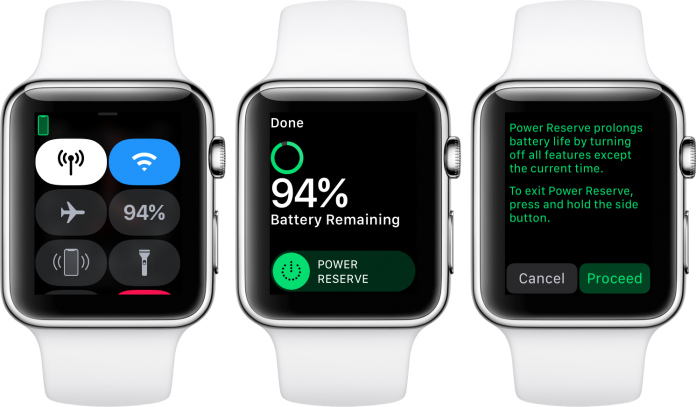 In recent versions of Android, Google changed the way to manually install an Android application APK file. Before all we had to do is tap a simple toggle and we could sideload an app from any other source. Now, we are required to manually grant install permissions for each source we want to install an app from and this is how we go about doing it.

This process used to be completely different and it was three years ago when I wrote up a step by step tutorial to show you how it used to be done. That guide is still here for anyone with an older device that has stopped receiving new updates. I will just be pushing the older guide down to the bottom of this article. So feel free to scroll all the way down if you still need that information.

Google went in and made changes with the release of Android 8.0 Oreo. The company made this change as an added level of security and it is better for everyone this way. Even though it may seem like a nuisance at first, it’s not like the process has to be done for every APK install.

It does have to be done for every APK install that you do from a different source though. Basically, Google has moved the Unknown Sources toggle and added it as a permission for each application. So, if you want to install an Android APK file from Chrome then you need to toggle this permission on for Chrome. And even if you have done this for Chrome, if you want to sideload an app from a 3rd-party file manager (or a different browser) then you’ll need to toggle the permission for that app as well.

As you can see, the change didn’t make it any more difficult than it was before. The only real changes here is that you don’t have a universal toggle to enable that will let you install apps from any source. Instead, you have to manually choose which apps you want to have the ability to install an Android application. And remember, this is a good thing.

Google made this change for security reasons and that will benefit us all even if we have to go through a few more steps.

Think about it. If you’re installing Android APK files from outside of the Google Play Store then you most likely do it from just one particular application. At most, I could see people using either Chrome or their favorite 3rd-party file manager application (or a combination of them both). So if that is the case then you aren’t doing any more work than you were doing before.

However, the security advantage to this new method outweighs the new change because it will prevent malicious apps from installing other apps. Let’s take a look at an example of how this used to work and compare it to how it works now. Before, you would enable a single Unknown Sources toggle which would give any app you have installed the ability to install another app.

So, if you installed a malicious app from outside of the Play Store (or if a malicious app made its way into the Play Store) then that application could download and install apps in the background without you even knowing. That’s not a secure method and it’s why some OEMs (such as Samsung) would remind you to disable this feature after you sideloaded an app the old method.

With this new process though, you have to manually enable which apps can install an APK file from outside of the Play Store. This way, even if you did install a malicious application then you would be safe from it installing other APK files without your permission. This changes things up entirely if you have granted said malicious app root access.

But you should be very careful about which apps you are granting root access to in the first place.

You can find the older method of sideloading an Android APK file down below.

After you have downloaded your Android APK file, you can follow these instructions to learn how to manually sideload that application on your device.

Last week I wrote up a guide that walked you through what the Unknown Sources feature was, and how to toggle it on. I did this because I wanted to have a tutorial that talked about manually installing an Android application. Most apps and games should be downloaded and installed from the Play Store, but there are instances when it can benefit you to sideload that application or game by yourself.

Thankfully, the Android OS already knows what an APK file is and it does most of the work for you. Still, if you’re brand new to Android then you might not know how to go about sideloading an application or game on your own. I’ve always talked about making Android Explained a repository of tutorials that can teach someone everything they need to know about Android. And manually installing something is one of those things you should know how to do.

The Older Method of Manually Installing an Android App

Again, I can’t stress enough about how important it is to only download Android applications from reputable sources. Besides the Google Play Store, the only other places that I recommend downloading Android applications are APK Mirror and XDA-Developers. These websites go out of their way to make sure applications have not been tampered with. Sadly, there are thousands of others who don’t care and will tempt you with free premium apps and games to use their website instead.

Using unreputable websites can result in your phone or tablet getting infected with malware, which can result in personal data like photos, videos, passwords and bank details being stolen from your device. So once you’re okay with a source and have downloaded an Android application you want to manually install, go ahead and enable the Unknown Sources feature on your smartphone or tablet.

You’ll also want to have a file explorer installed on your device too, so that you can launch the APK file and initiate the install. Once you have the Android application APK file downloaded, and Unknown Sources is enabled, you can then launch the file explorer application of your choice. I recommend Solid Explorer, but another popular option is File Commander (both of these are shown in the embedded video above).

With the File Explorer application open, you can then browse to where you have downloaded this Android application APK file, and then simply tap on it to launch it. Android knows that APK files are applications that need to be installed, so it should automatically pop up the installer service. An application like Solid Explorer will prompt you before hand, and ask if you really want to launch it with the Package Installer.

How to Root the Galaxy S10 Series on Android 11 & Load Magisk on Boot?

The Secret Sauce to Acing PowerPoint Presentations in Remote Work