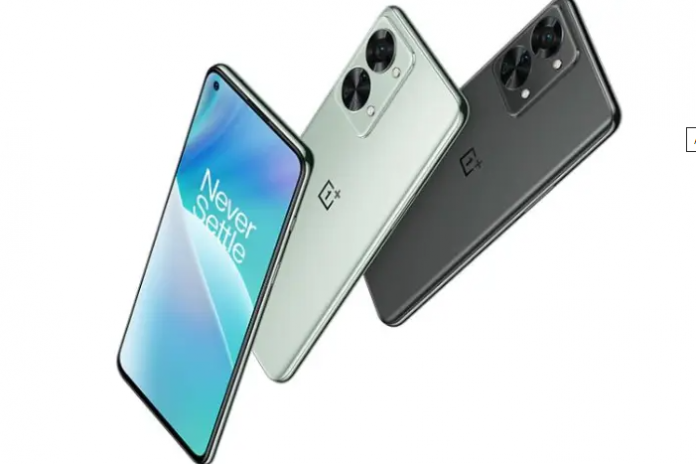 OnePlus Nord 2T AliExpress listing revealed it’s key specifications and European pricing before the official launch. The company is said to launch a number of Nord devices this year and Nord 2T is one of them. The device’s official listing on the AliExpress website also revealed it’s design and everything that the device will bring. As per the listing on the retailer’s website, the device will come with a MediaTek Dimensity chipset and a 4500 mAh battery that supports 80W wired fast charging technology.

Here is a detailed look at the key specifications and pricing of the device.

As per the listing, the device features a 6.43-inch Fluid AMOLED display with a Full HD plus resolution and a fast 90Hz refresh rate. The display specification also matches the previous leaked rumors about this device displays. As mentioned earlier that it is powered by the MediaTek Dimensity chipset. OnePlus uses a MediaTek Dimensity 1300 chipset under the hood for this device which is built on the 6nm fabrication. MediaTek Dimensity 1300 SoC is a successor of Dimensity 1200 which was used in The Nord 2 launched last year. The chipset is paired with up to 8GB of RAM and 128GB of internal storage. The listing does not reveal other RAM and storage variants of the device.

The device has a Nord 2-like design but with a slightly bigger camera module. There is a rectangular camera housing on the rear side with two big circular camera array which includes a triple rear camera setup. Along with the camera array, there is also a dual-tone LED flashlight inside the camera module. For cameras, there is a triple camera setup on the rear side which includes a 50 MP Sony IMX 766 primary sensor with optical image stabilization. It also includes an 8 MP ultra-wide lens and a 2 MP monochrome sensor. For selfies, there is a 32 MP Sony IMX 615 selfie camera housed in a punch-hole cutout at the top right corner of the display. 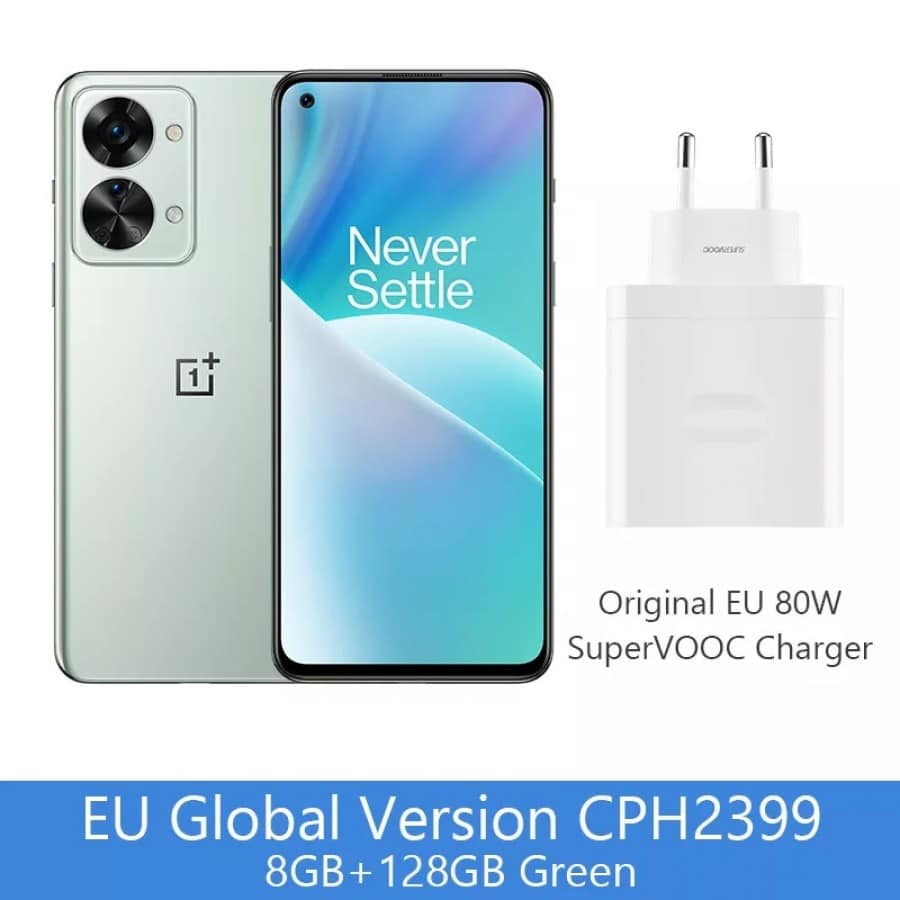 OnePlus Nord 2T comes with Oxygen OS 12. 1 based on Android 12 out of the box. It also packs a 4500 mAh battery which supports 80W wired fast charging and has a model number CPH2399. In Europe, this device will also ship with the 80W super VOOC charger due to European regulations.

The device also comes with face unlock, an in-display fingerprint scanner, Wi-Fi 6, BlueTooth v5.2, and all the relevant sensors.

The device comes in two color options that are Green and Grey. The AliExpress listing reveals that this device is priced at $399 which is equivalent to INR 30,600 in India. The company has not officially launched the device yet anywhere. So these are the rumored specifications and we have to just wait for the official launch of the device or confirmation from the company about the pricing, launch date, and specifications. Sure this device will hit shelves in India, Europe, and other Asian markets soon.