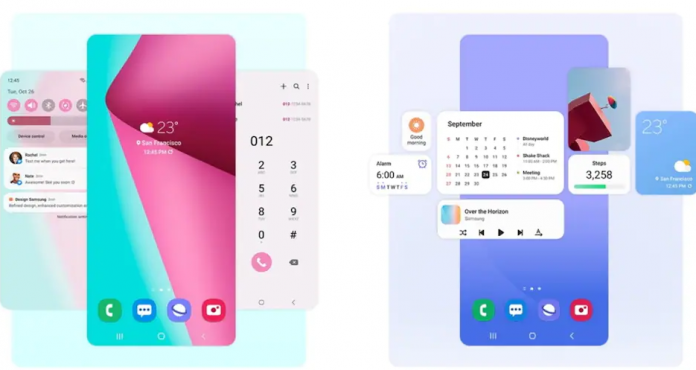 The new stable update will bring more customizations to the UI, better privacy features, and an “elevated mobile experience”. The stable update is only available for the Galaxy S21 series but will be available soon for other supported Samsung devices.

Galaxy S21 series is this year’s Samsung top-of-the-line smartphone series so the update is initially available for these devices. But later on, the stable update will be available for the Samsung Galaxy S20 series, note 20 series, Galaxy S10 series, Note 10 series, and others. Galaxy Z flip series, fold series, Galaxy A series devices which launched in past two years, Galaxy Tab S7 series will also get the stable One UI 4.0 based on Android 12 update.

“We are committed to giving everyone access to the best mobile experiences possible, as soon as possible.”

Customization is the core feature of Android 12, so One UI 4.0 will bring all the customization features. There will be more color palettes available which will allow users to customize the home screen, icon shape, and colors, menu, and backgrounds. Just like Android 12, Samsung users can also choose wallpaper colors as their theme color and icons color.

There are now Android 12 widgets of different sizes that can be customizable, new emojis, stickers, and GIFS. New and better privacy features are also added like the users will receive alerts when an app uses a camera, location, or microphone. There is a new privacy dashboard that gives all the details of app usage as well as all the permissions that apps accessed.