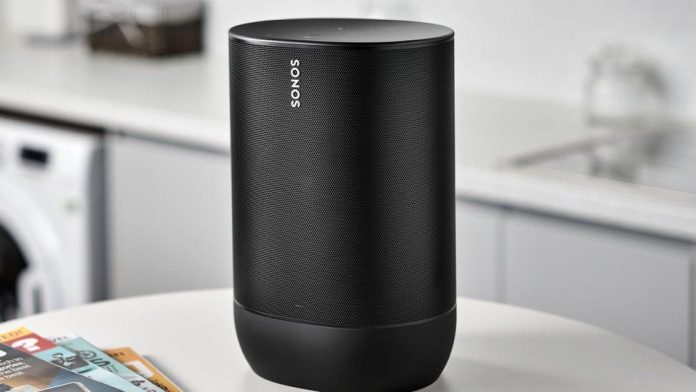 Sonos is working on a new series of speakers called the Optimo, where one of them can be the company’s next flagship product after the Five speaker.

Named Optimo 2, reports say it could fire audio from all sides, even from the top of it. Plus, it supports not just WiFi and Bluetooth connectivity but also a USB-C line-in playback option – making it the first one from Sonos. More details on this upcoming speaker are yet to be known.

A report from The Verge says that Sonos is working on a new speaker series called the Optimo, which consists of three units – Optimo 1 (has slight improvements to the regular speakers we have today), Optimo 1 SL (same as it’s counterpart but is speechless, meaning it won’t have voice control support).

And the Optimo 2 is a big one, with the hopes of becoming Sonos, the next flagship speaker. It’s said to be as big as Sonos Five in size and comes encased in a dual-angled shell to be able to produce audio from all sides, even from the top!

Reported to be available in black and white color options, the Optimo 2 will have double the RAM and as much as eight times the flash memory than it’s predecessors. Thus, we hope Sonos passes updates longer than the current speakers we have. Sonos has already been ignoring it’s Five speaker – launched in 2015 as it’s flagship but passed only one major update till now.

And just not that, the Sonos Optimo 2 will support both Bluetooth, WiFi, and USB-C line-in playback too! If that’s true, this speaker will be the first offering from Sonos to do so. Though the Five speakers support audio playback through a cable, it’s only through the dedicated 3.5mm jack.