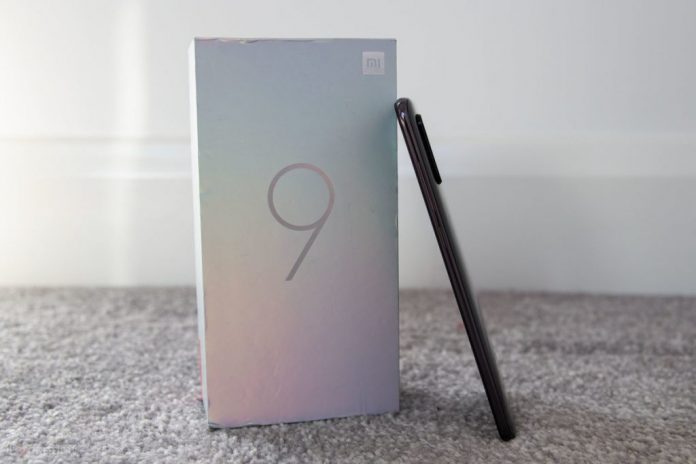 The Xiaomi Mi 9 tips and tricks are the best solutions you could ever get to use the phone effectively because of the features embedded on the phone. This flagship from Xiaomi fully reveals that the best quality smartphones should always be expected from a Chinese company, the phone runs on Android 9 pie which can also be upgraded to Android 10 and that makes it capable of doing a lot.

As a new user of the Xiaomi Mi 9, this article has been put together for you to know some vital tips and tricks in using the phone effectively.

The Xiaomi Mi 9 tips and tricks:

To have your phone woken from sleep mode, there is no need to always press the power button, you can easily do that by double-tapping the screen or by lifting the phone. To have this setup, head to Settings of your Xiaomi Mi 9 device, tap on Display and then toggle on Double tap screen to wake or Raise to wake.

To go about having two apps in Split-screen, open up the Recent apps, long tap on the icon of the first app to see a little drop-down menu, then tap on the Split-screen button. Do the same for the second app and they will both be in Split-screen. This feature can also be used when the apps are in landscape orientation.

Creating a Second space for someone or something else

One exceptional tip and trick of the Xiaomi Mi 9 is creating a separate workspace within the phone for someone to be able to perform some other operation on your phone while you are also doing another thing. This is made possible with the Second space feature. To permit this, go to Settings on your Xiaomi Mi 9 device, tap the Second space to have this feature turned on, and then follow the instructions displayed on the screen to set a password.

You can easily read texts and messages on your Xiaomi Mi 9 without any effect of eye strain caused by the phone’s natural blue light with the aid of the Reading mode feature. This feature is specially designed to help people that often read on their phones before going to bed, it will automatically reduce the screen display intensity to aid the reading process.

To enable this feature, head to Settings of your Xiaomi Mi 9 device, Display, then turn on the Reading mode manually or you can also schedule a particular time that you want the Reading mode to come on.

Using the Google AI button to do more

The Xiaomi Mi 9 has a dedicated AI button on its side that allows the user to automatically launch the Google assistant once the button is pressed. Aside from quickly accessing the Google Assistant, this button can also function for a variety of operations such as launching the camera, switching on the flashlight, or going back to a previously opened app.

To set this button for some other function, go to Settings of your Xiaomi Mi 9 device, proceed to Additional Settings, and select Button and gesture shortcuts and then tap on the AI button to select whatever function you want it to perform when it is pressed.

The Xiaomi Mi 9 tips and tricks are also applicable when it comes to using the phone’s camera. The Xiaomi Mi 9 is such intelligent that its camera detects when a user is taking photos that a group of people or several buildings, or a scenic environment and then recommend that the user turns on the ultra-wide angle-camera for a better photo. Whenever the camera recommends this, just tap on the “x” icon to take the photos with a wider view.

Using the Camera app to scan and process QR codes

The Xiaomi Mi 9 can scan QR codes of websites, phone numbers, email addresses, etc. This feature is not enabled by default, so it needs to be turned on. To have the feature enabled, go to the Settings of your Xiaomi Mi 9 device, tap on Systems apps, locate and select Camera from the System apps, and then turn on Scan QR codes under the Camera options.

Signing in to two Social media accounts on Xiaomi Mi 9

This feature is something native with the Xiaomi Mi 9 because of the MIUI. The MIUI enables the user to clone social media apps such as Facebook, WhatsApp, Twitter, Instagram, etc. with the aid of its Dual apps feature. The Dual apps feature is useful for people having dual-SIM and wish to use two Facebook, WhatsApp, or any other social media accounts on their phone.

To enable this feature, proceed to the Settings of your Xiaomi Mi 9 device, select Dual apps, and toggle on the apps that you want to be cloned. The cloned app icons (which will be in a dual circle symbol) will be displayed on the Home screen and also the app drawer for the second account sign in.

The Xiaomi Mi 9 is also a phone with a widescreen and you may want to operate the phone single-handedly, this has been made possible with the One-handed mode feature.

To enable this feature, go to Settings of your Xiaomi Mi 9 device, proceed to Additional Settings, and then tap on One-handed mode to toggle it on. You can then select from the three-screen size options: 4.5 inches, 4.0 inches, and 3.5 inches to have a new scaled-down screen on the phone’s interface.

With these Xiaomi Mi 9 tips and tricks, you have not only known how to operate the phone, but you have also been able to discover that the phone is an extraordinary device that can make you feel on top of the world.