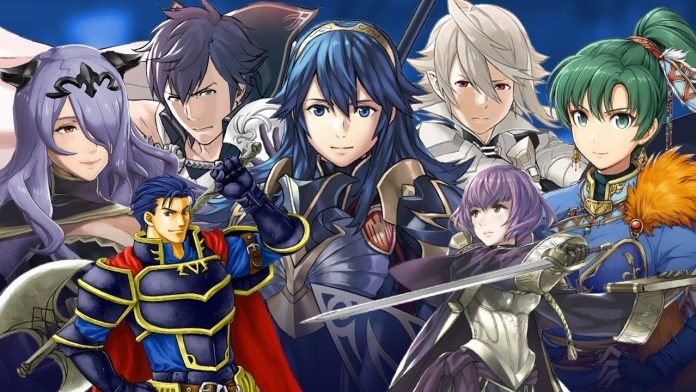 The first five series of Fire Emblem game only premiered in Japan. Thereafter the playable Characters Marth and Roy became famous in 2001’s Super Smash Bros.Melee. Then with the popularity of 2002’s blazing blade and other turn-based RPG Games, this was released in Western Phase as well. Fire Emblem reached an international audience in 2002, but the performance has still been average, and it’s franchises have faced various cancellations.

This series is represented as the first tactical role-playing series in history. By tactical, it defines the player needs to be extraordinary and have some unique strategies to beat the enemy. This stands at the top of progression systems and choice mechanics. The game remains the same throughout all levels though a new element to the formula is added in each entry. The series is all about a party on a grid-based map. Units can be moved only at a single time as per the turn. You can attack the enemy within your range with defensive skills and utility. The AI is set in such a way that after your attack, the Enemy pawns to attack you in it’s turn. Another aspect is that permadeath characterizes in a way where you cannot replace the dead party members, but the new titles add a classic as well as the casual mode and revive the warriors for upcoming battles. The series represents the Fire Emblem, a royal weapon or shield representing the war and power of the dragons. It has a total of 19 Fire Emblem games, including 13 main games,  3 spin-offs, and 3 remakes.

Every Fire Emblem Game in Order by Release Date

Fire Emblem: Shadow Dragon and the Blade of Light – 1990

The first series debuted in Japan. Previously in 1990, it was titled Nintendo Famicom, which is now available as Nintendo Switch. The series introduces the fictional Archanea Continent Marth, prince of the Altea Kingdom, who travels to defeat sorcerer Gharnef and reclaim his throne. Moving forward, it shows the permadeath feature, but the gameplay delivers turn-based battles and grid-based maps.

This also debuted only in Japan in 1992 for the Famicom. Gaiden added an over-the globe to explore but later continued with the same turn-based strategies. The story has two opposing armies in Valentia, which is another continent.

The Third Entry debuted Super Famicom in 1994 in Japan as well. This story has been divided into two parts, where the first one is the remake of the first game. The next part describes what happens after the defeat of Gharnef. Marth conflicts with Hardin, his old friend due to the power vacuum. Marth and Marth’s army can be controlled, but each soldier has different statistics and abilities. At last, it shows a lengthy campaign with story-driven missions across the continent.

“Seisen no Keifu” is the next in the Japan-only Fire Emblem game. It debuted in 1996 for Super Famicom. This game starts in a new continent Jugdral. You play through a two-generation war between the rulñers for the land to revive an ancient dragon. This game comes with a new character, but the rules and ways remain the same. The story comes in various chapters, and each has two character generations. The game also introduces us to weapon types, vendors, and traders who can repair the weapons. Here whatever action you take changes further down the road. It may alter the enemy behavior, castle sieges, castle troops and similar things.

Archaean War Chronicles debuted in 1997 in Japan only for the Super Famicom. The pattern is the same as in the original game. The campaign came through four episodes, and none had any overarching plots. It consists of a number of difficult battles that use previous Fire Emblem characteristics. It uses alternative depictions from the Mystery of the Emblem.

Thracia 776 was Debuted in Japan only in 1999 for the Super Famicom. It’s a generation after the previous title where the story returns to Jugdral again. The protagonist character is Leif, and he leads a private army to defeat the ruling Empire and restore the Thracian kingdom again. It also adds new elements to the gameplay, like a fatigue system but does not show many drastic changes.

The sixth entry debuted for Game Boy Advance in 2002. This was the last Fire Emblem game that debuted in Japan with massive success. This game introduces us to a new continent Elibe. After the continuous fight between humans and dragons, the former won, and humanity rose to power. The story also introduces us to a young noble warrior, Roy leading an army against an evil ruler, King Zephiel. The gameplay again continues with grid maps tied by story sequences. Each map has a boss ruling the game, and after completion of one another, one opens up with a more difficult level and advanced plots. Lastly, there’s a triangle / rock-paper-scissors mechanic between weapon types.

The Blazing Blade is the first series that debuted worldwide in 2003 for Game Boy Advance. It is a prequel of the blazing blade that shows us continent Elibe again. It’s story revolves around Lyn, Hector, and Eliwood, three young lords traveling together who are on a mission to find Eliwood’s missing father. It later adds character classes that affect the abilities.

The Sacred Stone first premiered in Japan in 2004 for Game Boy Advance, and later it premiered in North America  and Europe as well. It continues the previous series with the introduction of another continent Magvel. There’s a war between the Grado Empire and the other four kingdoms for the power of the Sacred Stones. The story also introduces us to royal members Eirika and Ephraim, who are traveling to stop the war. The game added support conversations that create buffs for battle as a cause of novelty.

Path of radiance debuted in 2005 for the Nintendo Gamecube. The story introduces us to another fictional continent Tellius. There’s a war between two rivaling nations for Crimea’s throne. You need to play where a mercenary travels to restore Princess Elincia to Crimea’s palace. Here the difficulty levels increase in each mode, but the permadeath is present in each one. You can choose up to 46 characters or members of the rooster to fight the battle, and each user can use certain weapons and skills which belong to a different class. The Weapon Triangle mechanics also come back here where close combat weapons like axes, lances, and swords do less or more damage against each other.

In 2007, Radiant Dawn made it’s Nintendo Wii debut and in 2008 in Europe and North America. This is the tenth entry in the series, which is a path of the sequel radiance. The plot continues in the war-torn Daein nation. Micaiah and the Dawn Brigade are the main characters playing here who are fighting against the Begnion Occupational Army. This has four parts, changes perspectives across all levels in the game, and has the same mechanics as you have seen in previous games.

Shadow Dragon is a remake of the first game, which debuted in 2009 on Nintendo Wii and Nintendo DS. The game adds newer elements, and the title expands the original events. It keeps the class systems and weapon triangle mechanics at the same level in the gameplay.

This is a remake of the Mystery of the Emblem, which was released in Japan only as a Super Famicom series for Nintendo DS in 2010. The story brings back Marth and adds a customizable avatar as a playable character with Marth. It has four additional episodes, including events from Satellaview’s BS Fire Emblem. It removes the permadeath mechanism for easy playtime but continues in the Casual Mode.

Awakening debuted in 2012 for Nintendo 3DS and in 2013 internationally. This introduces us to the character Robin who is being missioned to be rescued by the prince Ylisse and Chrom. Robin is the customizable character here. Chrom and Ylisse flight against the hostile army of Plegia. New features have been included to improve their abilities to forge relationships between characters and move the camera during battle, and the Casual mode.

Fates made it’s debut in 2015 for Nintendo 3DS as well, where three versions follow different storylines with the same characters as before. These versions are categorized as  Birthright, Conquest, and Revelation. Here the game shows us a customizable protagonist Corrin who is involved in a conflict between Hoshido(his birthplace kingdom) and Nohr(the kingdom that adopted him) and he has to choose a side to find out the mastermind behind the war later on. The game uses previous methodologies while adding different objectives per battle, which can get you extra currencies or gear if you defeat an enemy. Revelations add elements from both versions.

Heroes debuted in 2017 for Android and iOS. This also has been regarded as one of the Best Mobile Game and have won many awards in this category. This is a turn-based mobile RPG game. Players handle four heroes against enemy teams on 8×6 maps. Different characters have different skills, which can also be mixed and matched between the heroes, and have different weapons and movement restrictions.

Shadows of Valenta made it’s debut for Nintendo 3DS in 2017. It’s a remake of Fire Emblem Gaiden. The gameplay, as usual, connects Alm and Celica, who are trying to end a war using opposing methods. It continues to use old mechanics for the game to run while keeping Gaiden’s dungeon-crawling sections.

Warriors debuted in 2017 for Nintendo Switch and Nintendo 3DS. This was released in Japan only and had a hack & slash spin-off. This gives a crossover experience combining gameplay from Fire Emblem game and the Warrior Series. It also uses scenarios from Mystery o the Emblem, which defines a remake of the previous series sets.

Three Houses debuted in 2019 for the Nintendo Switch. This is the last Fire Emblem game of the series, which introduces the new continent Fondant. You play here as former mercenary Byleth, leading students through multiple battles. Similar elements are added in the three houses while adding extensive character interactions and different time management features for a great experience.