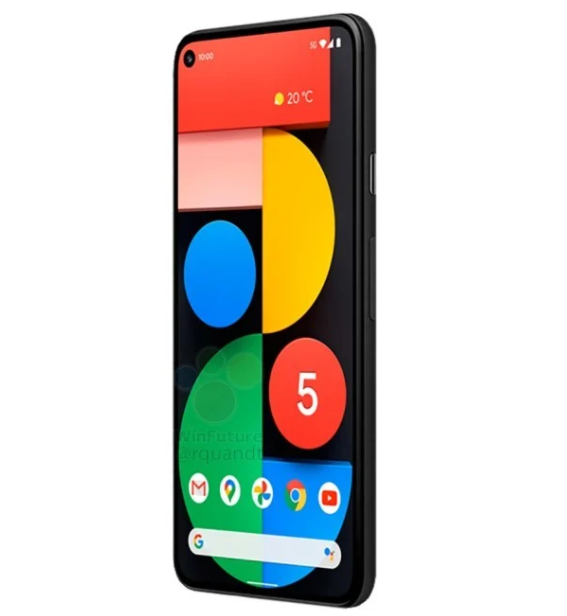 Google Pixel 5 will be unveiled on 30th September along with the Pixel 4a, New Smart Speaker and a Chromecast. Google already gives the hint of both the Pixel devices and their price in the U.S.

As Google devices have a history of being leaked before the release, this one is no different. An online blog gives the closer look of the Google Pixel 5 and its complete specs sheet.

This upcoming fifth generation of the Pixel device will look similar to its mid-range counterpart Pixel 4a. The looks confirm that there is a flat display with the punch-hole cutout on the top left and minimum bezels around the display.

The Google Pixel 5 will boast a 6-inch Full HD OLED panel with 2340*1080 resolution and a higher refresh rate of 90 Hz. This OLED panel has an aspect ratio of 19.5:9 with a pixel density of 432 Pixel per inch. It also supports HDR for movies and videos. There are minimum bezels at the bottom and the whole display is covered with Gorilla Glass 6 for protection.

Qualcomm Snapdragon 765G sits under the realm which controls all the processing. The chipset is supported by the 8 GB of LPDDR4 RAM and the 128 GB of internal storage. It is a 5G supported device and comes with the sub-6GHz 5G network.

There are also some rumours that Google might also release Pixel 5s which supports mmWave 5G and will be only available for Verizon.

On the backside are the rear cameras with the same camera module we have seen before in the Pixel 4a and the rear-mounted fingerprint scanner. The camera module houses the dual camera setup along with the dual-tone LED flashlight. The main camera is the same 12.2 MP lens with f/1.7 aperture we have seen last year on the Google Pixel 4 series. The surprising part is the secondary camera as Google listens to consumer feedback. Last year’s secondary telephoto lens was replaced with the ultra-wide lens this year. In Google Pixel 5 there is a 16 MP ultra-wide lens with f/2.2 aperture. 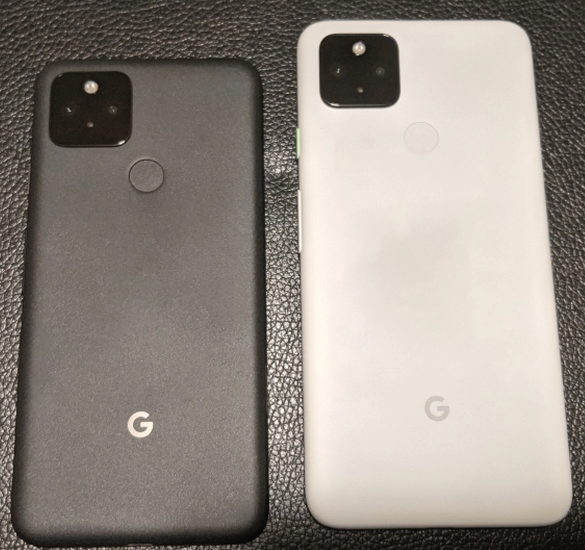 The main camera lens is capable of recording 4K videos at 60FPS and 1080p videos at 240 FPS. The 8 MP selfie camera with f/2.0 aperture sits in the punch-hole cutout on the display.

The device also comes with the latest vanilla Android 11 with 4080 mAh battery which supports the 18W fast charging via USB Type-C. NFC, Bluetooth 5.0, dual-band Wi-Fi will also be present in the device.