Motorola is working on the third generation of it’s foldable dubbed Motorola Razr 3. Previously, some images of the said device leaked online showing design changes and some key specifications.

Now, the company officially confirmed that they are working on Motorola Razr 3 and the device will be powered by the latest Qualcomm Snapdragon 8 Plus Gen 1 chipset. Here are a few details of the upcoming device:

Motorola’s General Shen Jin shared a post on it’s Weibo account showing an upcoming device with a Snapdragon 8 Plus Gen 1 Chipset. He also wrote a caption on the post, “We hid an easter egg, do you see it?” 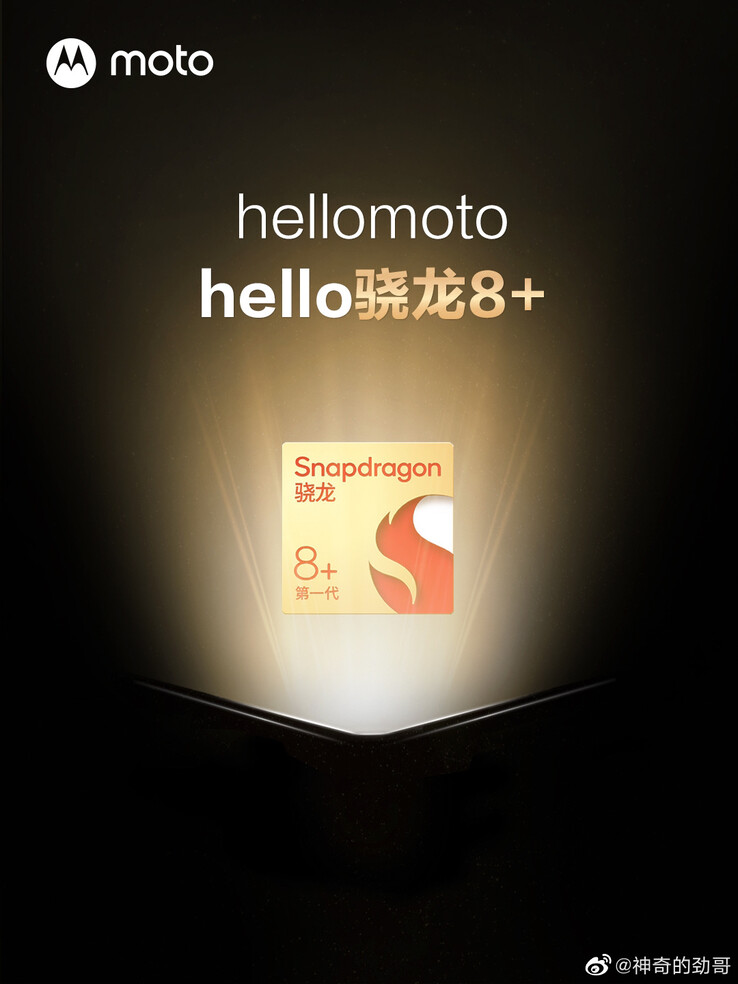 The new chipset brings 10 percent faster CPU and GPU performance and is 30 percent more power-efficient. It is built of TSMC 4nm fabrications and resolves shortcomings of the standard 8 Gen 1 chipset which launched late last year.

Motorola Razr 3 is a successor of the Razr 5G launched in 2020 and brings many upgrades over it’s predecessor. The first and most important upgrade is the flagship chipset as it’s predecessor launched with a mid-range Snapdragon 765G chipset. The addition of the flagship chipset means that the device might come with other higher-end features like a higher refresh rate, improved cameras, and a great display. The third generation of clamshell foldable from Motorola will compete directly with Samsung Galaxy Z Flip 3 and the upcoming Z Flip 4.

The other details about the device are not revealed yet so we have to wait for more details to come out or wait for the launch event which will be held in the coming weeks.