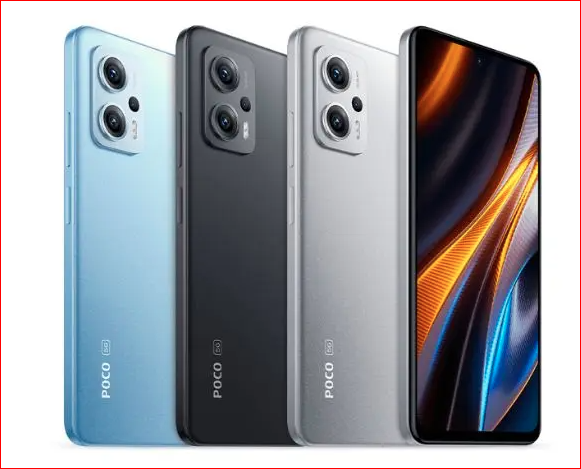 POCO X4 GT has launched globally along with the POCO F4 5G. The POCO X4 GT is an addition to the POCO X series and comes with specifications like a MediaTek chipset and a high refresh rate display.

Here are the details of the said device:

Like the POCO F4 5G, this device is also a rebranded version of the Redmi device. The POCO X4 GT is a rebranded version of the Redmi Note 11T which recently launched in China. There is a rectangular camera module on the rear side which houses a triple camera system. The camera module has two big camera islands and a small camera island for the third camera, flat edges on all four corners, and a hole punch cutout for the selfie camera on the top of the display.

Upfront is a flat 6.6-inch Full HD+ display panel that supports a 144 Hz fast refresh rate, HDR10+, Dolby vision atom, DC dimming, and more. On the top center of the display is a punch-hole cutout that houses a 16 MP selfie shooter. The device is powered by the MediaTek Dimensity 8100 SoC along with 8GB of RAM and up to 256GB of internal storage. With these specifications, this device is competing with the likes of the OnePlus 10R and Realme GT Neo 3.

There is a triple rear camera system that consists of a 64 MP primary sensor, an 8 MP ultra-wide sensor, and a 2 MP macro sensor. The camera system offers features such as Portrait Mode, Night Mode, AI Beauty, Movie Frame, and much more.

It runs on the MIUI 13 based on Android 12 out of the box. The POCO X4 GT is equipped with a 5080 mAh battery which supports 67W wired fast charging. Other specifications include a stereo speaker, liquid cooling technology, USB Type C, Face unlock, and a side-mounted fingerprint scanner.