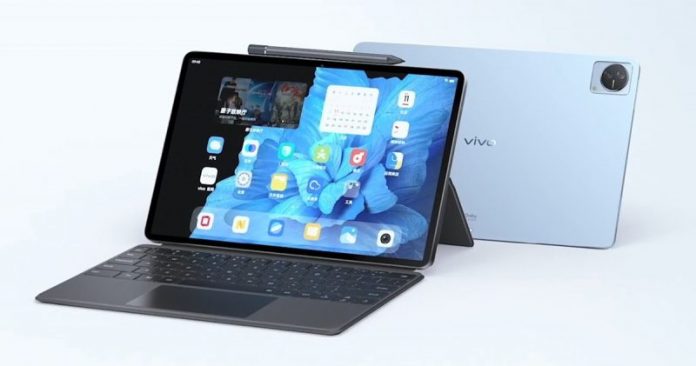 After succeeding in producing some quality smartphones, Vivo is now venturing into the tablets section by unveiling it’s first tablet – Vivo Pad.

As per reports, this tab runs on Android 12-based OriginOS, SD 870 SoC, a dual rear camera, 11″ display with 120Hz refresh rate, and a metal unibody. Available in two storage variants, Vivo Pad is already listed on JD.com and is available for purchase in China.

Once upon a time, we’ve seen almost every smartphone OEM making their own branded tablets with the same dedication as smartphones. But this practice is eventually neglected, as the community is more leaning onto phones than oversized tablets. This led to only a few quality players such as Samsung and Apple to remain in the market.

But again, we see the resurgence of Chinese players coming with tablets once again. And Vivo is the latest one among them, which unveiled Vivo Pad recently. As per Notebook Check, this tablet has already gone live for Chinese consumers through JD.com, and sports the following specifications;

Starting with the display, the new Vivi Pad has an 11″ IPS LCD display with upto 120Hz screen refresh rate and 1600p × 2560p resolution. With a metal unibody, this tablet comes with Qualcomm’s Snapdragon 870 chipset, two storage variants of either 128GB or 256GB coupled with 8GB of RAM.

Traditionally, it ditches the microSD card slot and 3.5mm headphone jack. On the camera front, Vivo Pad has a dual rear setup of a 13MP primary sensor and an 8MP secondary one. Upfront, there’s an 8MP selfie camera. This device runs on OriginOS based on Android 12 and has an 8040mAh battery.

Regarding pricing, the base variant of 8GB + 128GB is sold at $360 (on conversion from Chinese tags), and the high-end variant of 8GB + 256GB is sold for around $390-400. With the launch in China already, we can expect this to be coming in other global markets too, soon.