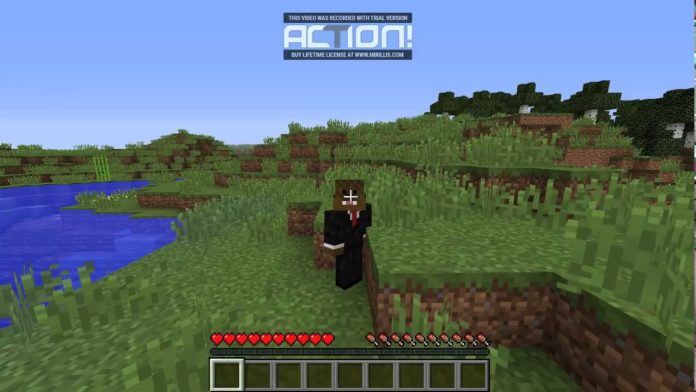 Minecraft, a sandbox video game that was developed by Mojang, has managed to gain widescale popularity since it came into existence. With many questions related to this game coming up among the users, how to reload Chunks in Minecraft is most in talk. This blog explains everything here in detail. Keep reading to learn more.

What are the Chunks in Minecraft?

Chunks in Minecraft are referred to as the 16×16 blocks of wide space, helping the map generator in the game manage the world grow. But, there are instances where you may end up facing glitches at times, like the biomes not properly loading. Also, the chunks may not appear properly on the screen when you need to join a server. The best option is to reload these chunks and continue the game easily and smoothly. Not aware of how to reload the chunks in Minecraft? Here is the answer:-

How to reload Chunks in Minecraft?

Reloading the Chunks in Minecraft’s Java edition is comparatively easy. You just need to press down the F3 key along with the A button on the keyboard. This will help the chunks to reload instantly as this button combination magically forces Minecraft to start reloading all chunks that were previously loaded again.

This process is amazing and highly helpful in case your chunks are experiencing a glitch on the server. If the glitch is not fixed by reloading the chunks, simply quit the world and try rejoining it again. Doing this will help you load the chunks once again, removing all the glitches.

Do remember that this process discussed above is the Java-exclusive version. There is no such command or shortcut to reload the chunks in Minecraft easily. Hence, the most reliable option is to exit the game or server you are presently in and try reentering. You can even restart your game if the ‘exit and enter’ strategy fails to fix the issue.

How can you see the Chunks in Minecraft?

This is again an easy one that can be done by pressing the G key and the F3 button. You will see the borders surrounding the chunks, which will help you skillfully differentiate each Chunk from the other present in your world.

Each Chunk is separated from the other by a bright red vertical line visible in all corners. However, the Chunk that is present will be the one with blue lines in it’s corners and blue and yellow lines on each of the blocks horizontally, thus displaying a perfect cage-like shape.

How Big are the Chunks in Minecraft?

The Chunks are 16×16 blocks wide in space used by the map generator to create the world. But it is vital to remember that the chunks consist of all the blocks within it vertically, including the air that makes it at least 348 blocks high. In addition, it has nearly 98,304 blocks altogether.

What is referred to as Minecraft Spawn Chunks?

The Spawn chunks are known as the chunks available around the world spawn zone. This can be set either by the use of a command or by automatically setting it where you first spawned. The unique feature related to the spawn point is that it always stays loaded irrespective of the extent you move.

Say, for example, if your setting is now set to load about 12 chunks whereas you ended up moving away 20 chunks from the 1st Chunk, then you will have to unload each Chunk that you previously loaded. This process assists the game in creating enough space for the other new chunks. But, the spawn chunk is definitely an exception to such a mechanism that is saved forever in the memory.

Thus, if you have few Redstone compartments available at the spawn chunk, it will keep constantly going irrespective of your position in the overworld. Sadly, various activities at the spawn chunk will likely create game lag since it takes a lot of additional memory on the RAM.

How should you keep a chunk loaded in Minecraft?

The easiest and best way to support a chunk loaded in Minecraft is by dropping entities and items in that particular Chunk continuously using Dispensers, a Redstone circuit, and a Nether portal. Unfortunately, things are likely to turn up slightly complicated when doing so.

Another process you can use to keep chunks loaded in Minecraft is by just creating a circuit starting in your spawn chunk. However, the drawback here is that the Chunk you wish to keep loaded can end up being far from your spawn chunk. Thereby, you also need to ensure that the chunks in between are also kept loaded.

Remember that keeping even a single chunk loaded will likely take up a lot of memory. Hence, the more you keep the chunks loaded, the higher will be your memory usage, and this, in turn, is likely to overheat your PC, with the game lagging behind.

Is It Possible To reset the Chunks in Minecraft?

Unfortunately, you do not have any measure to reset the chunks in Minecraft directly. But, you can do it by simply adhering to the third-party application installation process. In addition, remember that resetting the chunks means deleting all the things you have done so far in the world, and your world is going to reset to it’s initial condition.

You are advised to get a backup of your world before this action so that you get to avoid losing any progress you attained while resetting in an unforeseen situation.

How should you delete chunks in Minecraft?

It is easy to delete chunks in Minecraft, mostly in case you are playing the older version, and effortlessly continue your progress. You need to delete the chunks previously loaded and go ahead, regenerating the ones available in the new versions. Unfortunately, Minecraft lacks a built-in feature helping to delete chunks. However, you can go ahead with the use of a third-party application or plugins, like MCA Selector and MCEdit. Each one, however, comes with it’s unique mechanism and is slightly complicated in some cases.

Thereby, if you adhere to using any of these applications to regenerate and delete chunks, it is recommended to consider detailed tutorials. You can even create a proper backup for your world to avoid losing any process at any cost.

Why do the chunks have a slow loading time?

In case you possess a maximum chunk-transmitting distance (for 16 chunks, and more in the case of OptiFine), you are likely to see the chunks loading very slowly. In some instances, they may not even load. This occurs mostly due to your attempt to load several chunks all together at the same time.

The best thing here you should do to avoid such a scenario is to lower the chunk transmitting distance in your settings. If you believe you have a very minimal rendering or transmitting distance, then try to give Minecraft a little more RAM access. This can be done with the use of Minecraft Launcher. Use the Edit option in case of the game version and go ahead altering the JVM Argument Xmx2G to Xmx4G. This change from 2G to 4G will allow Minecraft to use the 4GB RAM from your PC instead of the 2GB RAM.

But, if you still end up facing lags at the time of loading chunks, make attempts to reload the chunks simply by pressing the F3 + A button. This will get the whole thing to restart, followed by reloading the chunks in the game.