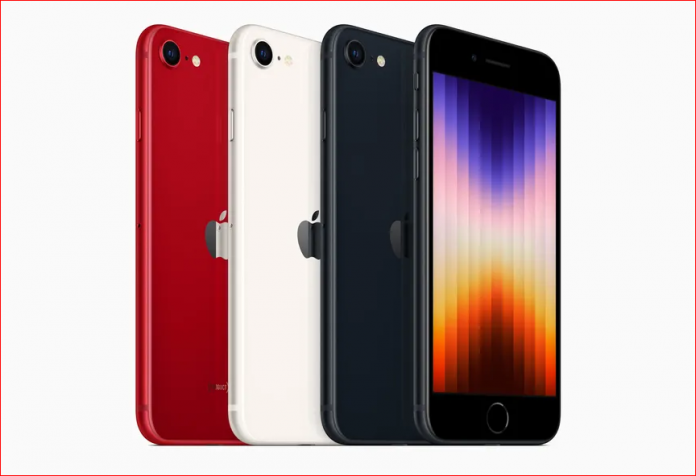 iPhone SE (2022) just got recently revealed for a $430 price tag at Apple’s peak performance event along with the iPad Air (2022) and new Mac studio. The third-generation of budget iPhone comes with the same internal as of the flagship iPhone 13 family, which is impressive but also comes with the date iPhone 8 style design.

The benchmarking application Geekbench published the result of the third-generation of budget iPhone online. The device was labeled as the iPhone 14.6 on the Geekbench 5 and it scores an impressive 1695 on single-core and 4021 on multi-core. 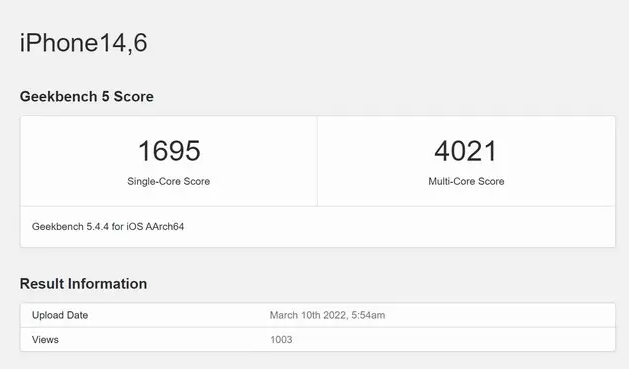 The surprising thing is that iPhone SE (2022) which cost $430 beats the flagship Samsung Galaxy S22 ultra which cost more than $1000 in Geekbench 5 test result. Samsung’s top-tier device Galaxy S22 ultra scored 1232 in single-core on Geekbench 5 and 3433 in the multi-core result. This result is much lower than the $430 iPhone which is 1695 in single-core and 4021 in multi-core.

So, if you want to buy a budget iPhone then the device will not disappoint you in terms of performance. But then again you have to live with the date design, huge bezels, and touch ID instead of face ID. If you are willing to compromise on the looks and feels and want an iPhone at a low price then this iPhone is a good option.

You can also check our detailed specification guide on this year’s iPhone SE (2022). And this is the only budget iPhone available on the market to buy as Apple discontinued the second-generation budget iPhone.