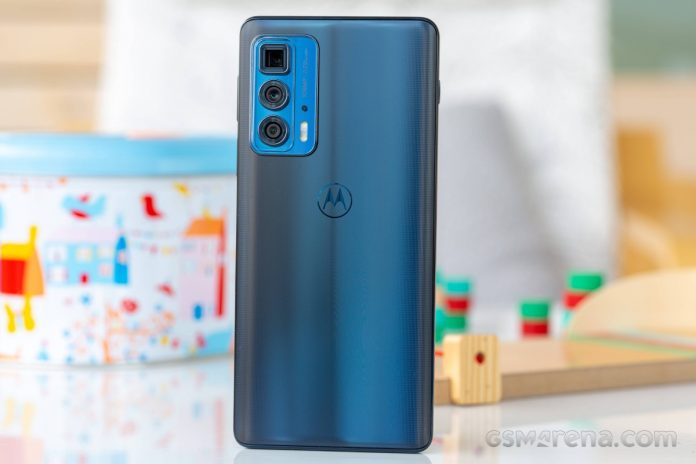 Motorola Edge 20 Pro is the latest Motorola device that is getting a stable Android 12 update. The Lenovo-owned smartphone brand took a while to initially release it’s first Android 12 OS update as the company started rolling out the update in February 2022 months after Google officially released the stable update. Since then Motorola has slowly pushed the latest Android OS update to it’s supported devices and The Motorola Edge 20 Pro became the latest device to receive this stable update.

Motorolla is still way behind the other OEMs such as Samsung and Oppo when it comes to software updates. Samsung and Oppo have updated a large number of their smartphones while Motorola has a few of their smartphones updated to Android 12. Previously, the company released an Android 12 update for Moto G50 and Moto G200, and now the update is rolling out for Edge 20 Pro.

The device is Motorola’s upper mid-range smartphone that launched in August 2021 with Qualcomm Snapdragon 870 chipset. The device is getting the stable Android 12 update in Brazil which is among the most important market for Motorola in terms of sales and brand recognition.

The update is an OTA update (over-the-air) and it could roll over to all users gradually but it will take some time to reach every user’s device. The Android 12 update on Motorola Edge 20 Pro comes with a build number S1RA32.41-20-16 and includes March 2022 security patch which is a bit surprising as most OEMs are now offering April 2022 security patch. The stable official Android 12 update is for all Edge 20 Pro smartphones with a model number XT2153-1-DS.

We hope that this stable update is optimized perfectly, runs smoothly, and does not come with bugs and issues. Also, we expect that Motorola will roll out this update to other markets gradually after the complete rollout in Brazil.

List of other Motorola devices that already get the Android 12 update: