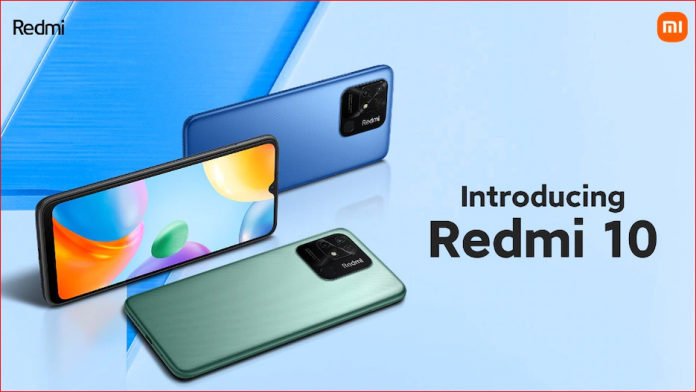 Xiaomi’s sub-brand Redmi has launched another budget device dubbed as Redmi 10 in India today. This device is an addition to the Redmi 10 series that launched last year and is the successor of the Redmi 9 which was also launched last year. The device comes with many upgrades as compared to it’s predecessor and is the rebranded version of Redmi 10C which the company recently launched in Nigeria.

Here is a look at the detailed specifications of this device.

On the front is a 6.71-inch LCD display with a standard 60 Hz refresh rate and the old-style waterdrop notch for the selfie camera. The display of the device looks very dated considering the fact that most OEMs are now offering punch-hole cut-out for the selfie camera even in their budget devices in 2022. Under the hood is an octa-core Qualcomm Snapdragon 680 chipset along with up to 6GB of RAM and 128GB of UFS 2.0 internal storage.

The dual-camera setup consists of a 50 MP AI main sensor and a 2 MP depth sensor. The 50 MP sensor is a big upgrade considering the fact that it is a budget device. The device comes with many camera-centric features like Night mode, tilt-shift, slow motion video, time-lapse, movie frame mode, and more.

It comes with a huge 6000 mAh battery with an 18W fast charging support, also the 18W fast charger is included in the box. It runs on MIUI 13 based on Android 11 out of the box which is very disappointing in 2022. Other features include a 3.5 mm Audio jack, fingerprint scanner placed inside the power button, USB Type-C, and Widevine L1 support to watch HD content on Netflix and Amazon Prime.