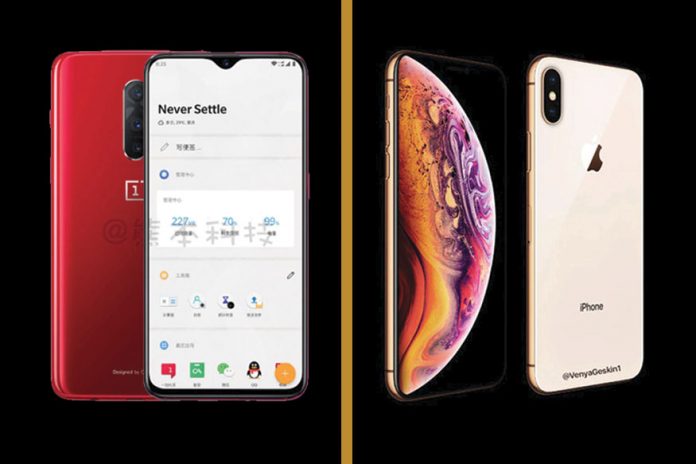 No doubt OnePlus is trying their best to rule the smartphone market by creating budget-friendly smartphones with amazing features. They are creating best in class mobiles with high end features all at a very reasonable price. The OnePlus smartphone comes with advanced processors, efficient RAM and a large storage for a seamless performance. The only problem with the OnePlus devices is their camera. OnePlus pays good attention to the design and performance however the cameras are not that good. Low light photography and videos on the OnePlus phones are acceptable though not great.

On the other hand, Apple is always the leader in terms of its camera. Their phones are equipped with an unbelievably powerful lens capable of capturing gorgeous picture even in low light conditions. In the year 2017 Apple lost its position when phones like Note 9 and Pixel 2 were released, but it has again captured its top rank with the iPhone Xs. The Xs is one the flagship phone of Apple. It is an extremely elegant and premium device loaded with unmatched features.

However with the release of the latest OnePlus 6T the company is trying hard to up its game. Both hardware and software of the OnePlus 6T are finely tuned and is somehow giving tough competition to the Apple’s Xs.

Now the question is- Apple iPhone Xs Vs OnePlus 6T and which one is better. For that, we’ll have to take a close look at both the devices along with their specs.

OnePlus 6T performs very well as it is equipped with Octa-Core processor, Qualcomm Snapdragon 645 chipset and 6GB of RAM. This makes it capable of handling even the most high-end applications and games with ease. OnePlus has used high clarity Adreno 630 Graphics for smooth performance.

On the other hand, the Apple Xs is powered by Hexacore processor and Apples A12 bionic chip. The RAM on the Xs is of 4 GB, and it comes with Apple GPU graphic which is better than the 6T. 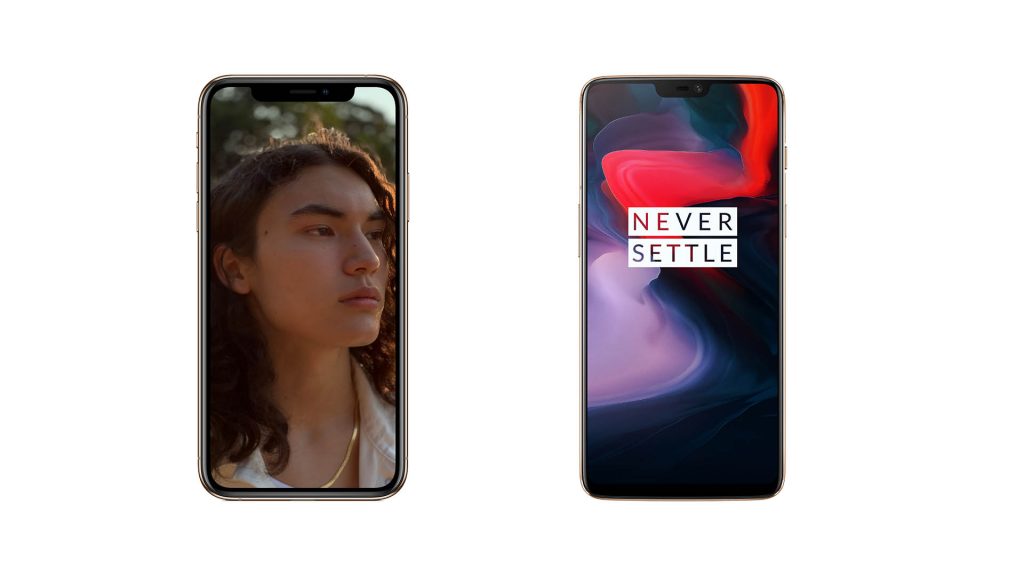 OnePlus 6T features a huge display of 6.41 inches Optic AMOLED Bezel-less display for an enhanced viewing experience. The screen is protected by Corning Gorilla Glass V6. The pictures and videos on the 6T are really gorgeous.

The display on the Xs is a little bit smaller than the latest OnePlus. The screen size of the iPhone Xs is 5.8 inches. It is a bezel-less OLED display. It also has a highly durable screen protection glass. The videos and pictures on the Apple Xs are really bright and lively. The color reproduction and brightness levels are much better than your expectations.

Now talking about the camera, the 6T comes with 16 + 20 MP rear camera with autofocus and HDR mode. It has a 16 MP front-facing camera. The 6T has advanced camera features like Optical image stabilization and screen flash. The camera works great and much better than any previous OnePlus smartphone.

Both the phone comes with a non-removable battery with quick charging. The battery on the OnePlus is of 3700 mAH while the Xs comes with 2658 mAH battery. Both can easily last for a day with moderate usage.

Both the devices come with dual 4G sim support with other essential features like WiFi, hotspot, Volte, and Bluetooth.

The OnePlus 6T and Apple iPhone Xs both have on-screen fingerprint scanner and face unlock.

Sensors and other features

The sensors on both the devices are almost similar like accelerometer, gyroscope, proximity and light sensor. However, the Xs comes with barometer which is absent in the 6T.

The Xs is available in many three different color options which include Gold, Silver and Space grey.

On the other side, the 6T comes in two different variants of black.

Both the Apple Xs and the OnePlus are amazing smartphones with great features. However, the 6T seems to be better than the Xs in some aspects. The 6T comes with bigger screen size, large battery, and a bigger RAM all a price much lower than the Xs. Undoubtedly the iPhone Xs is one of the best smartphones with a really premium looks, but it is really expensive and offers less features when compared to the 6T. Therefore it is advisable to go for the OnePlus 6T in 2018.