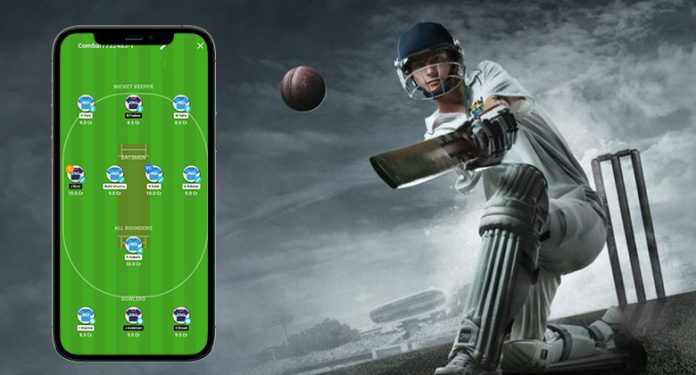 In spite of the growing popularity of other sports, cricket continues to dominate the sports space in India. Almost every second person in the country is an avid follower of the game and has an informed opinion about it. Indians’ passions and emotions are brought forth when they see their favorite teams and favorite players perform on the pitch – they are thrilled to see their team winning and frustrated when they fail. This trend has continued for ages and as time has passed the passion has only increased.

The introduction of fantasy cricket has contributed immensely to the ever-growing popularity of the game. With the help of fantasy cricket, fans have been able to channelize their passion into something even more fruitful. Their knowledge of the game is no longer limited within the boundary of four walls. It has now crossed borders and has reached people in the remotest corners of the world. By participating in fantasy cricket games, you get to compete against players from around the world. This puts your knowledge about the game to test. The more you win, the more confident you become. There are plenty of apps that can help you get the hang of fantasy sports. The Howzat fantasy cricket free app available on the Play Store is one great platform that allows you to play fantasy sports for free.

Let us now see how fantasy cricket has come to be considered as the next big thing in this densely populated nation.

The Size of Fantasy Sports Market in India

The Federation of Indian Fantasy Sports (FIFS) report says that India is the world’s biggest fantasy sports market that has a user base of over 13 crores. The industry generated a total revenue of ₹10,700 crore during FY 2021 of which ₹5,500 crore comes from indirect revenue earned from vendors and service providers. The industry is giving no indication of any slowing down. It is projected to grow at a CAGR of 38% and reach ₹165,000 crore by the year 2025. It is not surprising to notice that cricket contributes the most to the growth of the fantasy sports industry and the Indian T20 League is largely responsible for that.

Most fantasy cricket apps available online now have a user-friendly interface making it attractive for users. The rapid internet penetration across the country is further contributing to the unmatched growth. Even rural areas that did not have any access to the internet until a few years ago are now equipped with those facilities, thus helping in the familiarization process. The rapid digitization has also resulted in the introduction of many fantasy cricket apps.

The introduction of alternative payment gateways and the gaining popularity of Cryptocurrency is only going to contribute largely towards the industry.

Awareness of the Legality of Fantasy Cricket In India

Fantasy sports comes under the purview of skill-based gaming. That is why it is not categorized as gambling or betting and it is completely legal in India. Though the states of Meghalaya, Andhra Pradesh, Assam, Odisha, Sikkim, Nagaland and Telangana do not allow players to take part in real money games online, other states have allowed free access to fantasy cricket. As a matter of fact, just a few days ago the Karnataka High Court ruled against a state-imposed law that prohibited the citizens from participating in the game.

The Presence of a Governing Body Adding to the Credibility

The Indian fantasy sports industry is regulated by a self-governed body named the Federation of Fantasy Sports (FIFS). It was created keeping consumer interest in mind. The apps operating in India fall under the purview of the FIFS and have to follow the rules and regulations laid down by the organization.

With more and more cricketers taking to fantasy cricket and trying to showcase their knowledge of the game, the credibility of fantasy cricket apps is increasing. People are no longer scared to invest because they know that even their favorite cricketers are involved in all of it. The lure of challenging them is also an attractive proposition for them.

A Platform to Put Your Cricketing Skills to Test

Fantasy cricket requires players to make use of their knowledge of the game. They need to know where to put their investment in order to maximize the results. A player suited to a particular format might not be exactly fit for the other. On the other hand, even pitches and weather conditions can contribute hugely to the outcome of a match. This works as an added attraction for a first-time or a second-time player, who then goes on to put more and more time in it. In the longer run that user can also invite their friends to the app and thus contribute to the growth of the fantasy cricket industry.

It can be said that online fantasy cricket is here to stay. With more and more people getting access to smartphones the penetration will increase. Therefore, would it be right to keep yourself far away from this growing trend? Just download the Howzat app and get opportunities to win exciting cash prizes. Happy gaming!