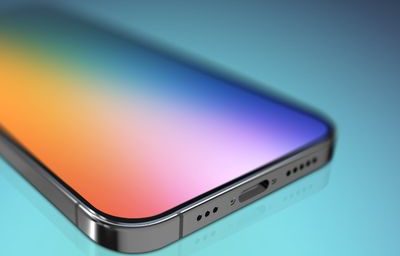 According to an analyst, Apple’s next-generation smartphone – the iPhone 15 series, is set to come with two different USB-C ports.

More specifically, the standard and Plus variants of the iPhone 15 series will have a regular USB-C port, which offers general speeds as the current Lightning connector. Whereas the Pro and Pro Max variants have an upgraded USB-C standard like USB 3.2 or Thunderbolt 3 for even better speeds.

With several governments forcing Apple to fit a USB-C port on all it’s devices, the company is hoping to perform accordingly with the iPhone 15 series. We’ve already seen that the latest iPad Pro has a USB-C port, while the iPhones and other iPads are about to have this soon.

Now, a renowned analyst Ming-Chi Kuo says that Apple will set two different USB-C ports for it’s iPhone 15 series, with the standard and Plus variants having a regular USB-C port and the Pro and Pro Max models having a USB-C 3.2 or Thunderbolt 3 port.

This strongly differentiates the premium iPhone 15 handsets (standard and Plus) from their ultra-premium (Pro and Pro Max) counterparts in terms of transfer speed. Whether Apple is forced to adopt the USB-C standard or do it on it’s own, it’s good for the consumers that a USB-C port is set on all the future iPhones to have easy charging options.

Moreover, the Lightning connector could be inserted in any direction to make it work. Now, advancing this move, Apple is all set to leverage the USB-C port for most of it’s future products.