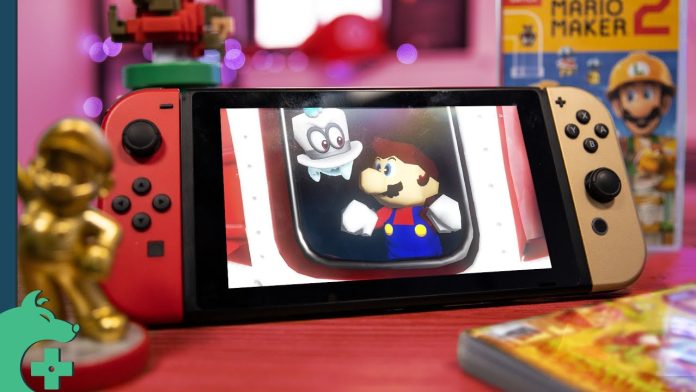 Mario is a classic and legendary game that never gets old. The developers of this game have developed several variations for players. Super Mario has been a great game for the console since 1983, and it is not going to lose it’s charm in the near future. Though you cannot play every single super Mario game on Switch, there are a few awesome games that you can try to play on this console. Just remember that you will need to buy some à la carte or a subscription to Nintendo Switch Online to play these games.

So, keep reading to discover the best Mario games for Switch.

It is the legendary and classic game that started the franchise of super Mario, and now you can play it on Nintendo Switch Online. Mario has to travel 8 worlds in this game to find Princess Toadstool. Though it is the oldest variation of the game, old is gold, and so it is. It may look simple, but it is tough to master this game.

According to some critics and players, this game is the apotheosis of the Mario series. In this game, Mario needs to travel a diverse world, and also he can choose his path between different levels and optical stages. This game includes fan-favorite power-ups such as Tanooki Suit (it transforms Mario into a Japanese flying raccoon) to the main gameplay. The game is quite difficult, but if you are using switch online, it will allow you to save states which will help you with the gameplay.

Though you may think, why have we included this on this list, it has given the classics a welcome SNES-style facelift, detailed graphics, and accessibility. It is a fact why we have mentioned this on this list. It makes saving your progression and retrying the levels much easier.

Super Mario World is a game that will help you truly cherish the game’s real essence. It is still an excellent game in 2022, and is still acceptable by gamers as it was in the 1990s. It is a classic game that will not only make you feel nostalgic but also it is amazingly enjoyable and full of excitement. The levels are amazingly designed, and the graphics, along with the enemies, make it one of the best games available on switch.

This game is highly exciting, where you can race and battle with your friends and family members, no matter where they live. It allows you to spend some amazing time with your close ones without worrying about geographical territories. Nintendo has recently changed the subtitle of Mario Kart 8. The game is quite challenging, and now there is a new suite of DLC tracks that will come out in the upcoming 2 years. It is the longest-standing Mario spin-off available on Nintendo, and also it is best to play with your family and friends. The game is not boring at all, and you can enjoy the diversity of the game.

Though it is quite different from the standard Mario affairs, it is amazingly enjoyable as it adds some turn-based strategies to the world of Mario. In this game, Mario and his friends need to team up with the Rabbid versions of themselves ( It’s really exciting), and they will need to go on a mission to save the Mushroom Kingdom from a group of evil rabbids that are creating trouble. The game is completely different from the classic Mario theme and is also the best choice for players who love to play team games. Each character comes with their own upgradable weapons and abilities so that Mario, with his team, can win the war against those evil rabbids. Though the graphics and the exterior can make you feel that it is for younger audiences, it is quite a challenging game, and that’s why you can also choose to play the easy mode of the game battles. A sequel to this game is also on the way, and it will be released sometime later this year.

If you are one of those Mario players who are willing to play 3D Mario adventures, this is the ideal option for you. The main inspiration for this game is Super Mario 64 and Super Mario Sunshine, but this game offers a more detailed and open-ended environment to play the game. It will keep you engaged with the game by offering you some secrets to explore in almost every corner. You’ll feel like the game is playing with your curiosity by offering new collectible objects and enemies to capture frequently. Also, Mario will get a new companion in the game who is Cappy. This new character adds a new dimension to the platform as Cappy gives a versatile capture ability to Mario. Some of the captures are amazingly inventive that will make you feel wow. For example, how about Mario as T-Rex? It can be considered as one of the most content-rich Mario games available on Nintendo Switch. The levels can be really tricky, no matter how expert you are in playing Mario games.

There are several other Mario games available on Nintendo Switch, such as Mario Kart Live: Home Circuit, Paper Mario: The Origami King, Mario Tennis Aces, Super Mario Party, Dr. Mario, Super Mario Maker 2, etc., that you can play on this platform. All of the games are amazing, but here we have mentioned some of the best choices you can go for while playing Mario on a Nintendo switch. So read and decide which Mario game you will play next on your Nintendo switch.