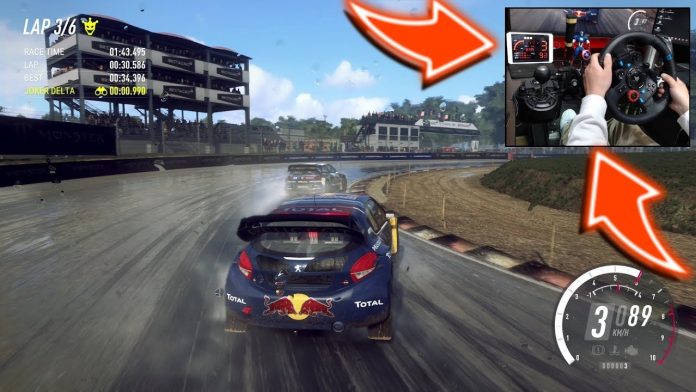 Although we are aware that not everyone enjoys playing realistic driving simulator games, racing games have advanced significantly since. Nowadays, racing games feature extremely realistic and stunning graphics, whereas other racing games are just useless. If you own an Xbox One and are in search for some good racing games, you will be flooded with options to choose from. The most important is that Microsoft has it’s own winner with the Forza line-up of games. Some of the Best Xbox Racing Games we have covered are as follows:

If you are looking for the best realistic racing game, it is the one called “FORZA MOTORSPORT 7”, released in 2017, having 700 cars from which we can choose from; we can race in around 30 world-famous racing tracks of our choice. Not only these, but also, we can get the benefit of 60 fps gameplay at 4k resolution in HDR. Esports players can also compete in the Forza Championships Esports league. It is the editor’s pick of the best racing game, though it is released so before. Still, now the game has some frequent updates with new content.

If you want to experience open-world arcade-style racing, this is the best realistic racing game for you. There is a little difference between FORZA MOTORSPORT and FORZA HORIZON, having 450 cars from which we can choose according to our choice and also race in historical Britain, having to experience many seasons like dry, wet, muddy, snowy and also icy conditions throughout the open world arcade-style racing. Here, in this game, you can also play online, i.e., playing with friends, multiplayer modes are available. To experience multiplayer modes, Xbox live subscription is needed.

This game is best for online players, multiplayer, and Esports players because it has a feature that allows players to find and create their own matches and tournaments, compete in weekly challenges, and customize a 2019 F1 regulation car. It has got a new mode which is the F2 story mode. But before going to F2 mode, we have to compete fully in the F1 series. It also has an In-game Esports area like other racing games, which helps players get updated information, news, and highlights from the F1 Esports series. It is best for Formula 1 Anniversary edition.

If you are just looking for fun and not any realistic and graphics intensive racing game, this game “BURNOUT PARADISE REMASTERED” is highly recommended. This game is an updated version of the 2008 Burnout Paradise. It is an action racing game having features of breakneck racing, high-flying stunts, and a large amount of automotive destruction. Burnout Paradise Remastered plays in 4K at 60 fps or 1080p on the standard Xbox One console. The game has 100 cars and 10 different racing tracks, including 8 packs of DLC. This game also has an online mode, multiplayer, with up to 8 players.

This game, “NFS HEAT” is meant to break the law. It is one of the oldest racing games, and it’s become so popular that it has it’s own movie “NEED FOR SPEED HEAT”, released in November 2019. Here in this game, the player takes the role of a street racer competing in the Speed hunter Showdown in Palm City. Speed hunter Showdown is a sanctioned competition from where we can earn money, customize and upgrade the cars we own. Illicit street racing is held at night. In this, there are full of cops who don’t play fair. It has 125 cars from which we can choose, like BMW M5, several Ferrari Acura NSX, Lamborghini supercars, and even a good Volvo 242DL.

Try, and we are sure that you all will fall in love with the best Xbox racing games.

How To Fix Elden Ring Failed To Load Save Data Error