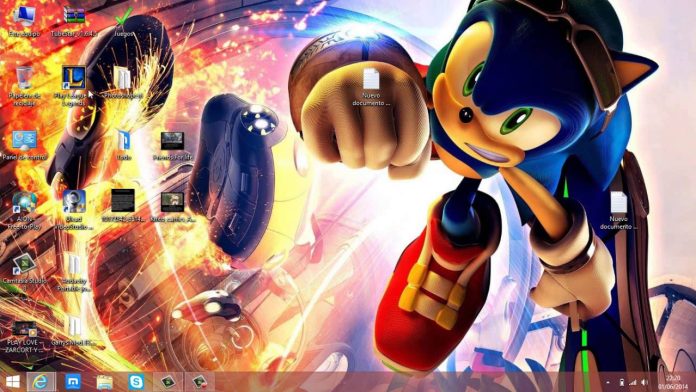 As per the official League of Legends or LOL Wiki, the PVP.net was recognized as the front-end interface for the player-versus-player aspect of the League of Legends. The PVP.net client is deprecated and eventually replaced by the launcher in 2017. However, the veteran League players might not have a fond memory of successfully updating with the PVP.net patcher. In this article, you will find a complete list of reasons why is the PVP Net Kernel not working and different ways to fix it.

Why is the PVP Net kernel not working?

In general, the patcher sometimes stops working due to several background service-related conflicts, most commonly with the antivirus services. This issue could also occur since the program does not possess all the requisite permissions required to run properly. Last but not least, corrupt patch files can sometimes give birth to this issue.

How can you fix the PVP Net Kernel Not Working problem?

A quick and effective fix that many benefited from is simply spamming the launcher. While this might not always work, it costs nothing to try once before applying any other troubleshooting techniques, as mentioned below:

The PVP.net patcher can be bugged or have conflicts with some background service or process, resulting in the patcher crashing. In this kind of situation, here are some tricks you can implement to resolve this problem.

Check if it is possible to launch the LOL now. There are reports of some users who successfully launched the LOL once they ended the process, followed by running the launcher quite several times, so this is worth trying.

Run LOL as An Administrator

The patcher is also likely to malfunction if LOL does not possess the requisite permissions required for downloading the files necessary for the update process. In this case, here is what you should do:

Press the Right click button on the launcher, followed by selecting Run as Administrator

If the issue was due to a lack of admin privileges, the game would run properly now that the issue is fixed.

In certain cases, you are likely to encounter an error message indicating that Another instance of the launcher is operating in the background. You must press OK to terminate the same, which will let the game launch.

Run LOL in the Compatibility Mode

If you find the patcher crashing due to compatibility issues, then the fix is simple. Simply, run the League in compatibility mode and try out some other configurations. Here are some of the steps you should follow to do so:

Right-click on the launcher, then go ahead and select the Properties, followed by switching to the Compatibility tab.

Activate the Run this program in compatibility mode for the option alongside selecting a different operating system. Many users successfully do this with Windows 95 or Windows XP service pack 3.

Check whether the issue is solved or still persists.

You can take an attempt to launch the patcher on your own and see if it is possible to update the same manually. Here are the steps to follow to do it:

Visit the installed directory of the League, followed by locating the LolPatcher executable:

If you cannot update manually using the method mentioned above, go ahead deleting the present patch files to force an automatic re-download. Follow these steps for doing so:

Navigate to Riot Games\League of Legends\RADS\projects\lol_air_client\releases.

Open the deploy folder next and delete all these items:

Launch the Antivirus followed by opening the Settings option

Now click on Manage Exclusions or any similar option, followed by pressing Add.

Keep browsing and add the Riot Games folder to this exclusion list.

Reinstall the League of Legends

If everything fails, the last option in hand is to remove and reinstall LOL. The first technique you have in hand to do so is with Riot’s Hextech Repair Tool. In addition, you can try repairing your current installation using the repair tool. On the other hand, the second technique you can use is uninstalling manually and then reinstalling League of Legends. Here are some of the steps you have in hand for doing this:

How can you fix an unexpected session error while running League of Legends?

Unexpected error with the login session occurs mostly due to issues popping up on Riot’s end. This, in general, refers to servers being crowded along with a lot of rush at login. Also, it can be due to a complete server error while maintenance is on. However, sometimes poor internet connectivity can also give birth to this error.

How can you Fix Low FPS or Stuttering in LOL?

Stuttering and Low FPS in League of Legends occur if the visuals are set quite higher than your PC specs. You must enable low spec mode followed by adjusting the resolution and related settings to enhance performance.

How can you fix the High ping in LOL?

Distance from the server is the major factor determining your ping in League of Legends. Say, for example, that most of the NA players get below 50 pings on the NA servers. If they attempted to play on the EUW, the ping would have been more like 150 to 200. Higher ping usually occurs due to increased physical distance to EUW servers. While you cannot do much about the physical limitations of the ping, you can still improve the ping by about 10 to 30ms with some changes. If you are encountering ping spikes, try switching to an Ethernet connection, as this is likely to enhance connection stability and improve the ping.

If you manage to get a better ping at some other place, then probably there is an issue with your ISP. Try talking to your ISP about this issue, or you can simply switch to some other ISP. You can also make attempts to try the ping optimization tools to improve your experience.