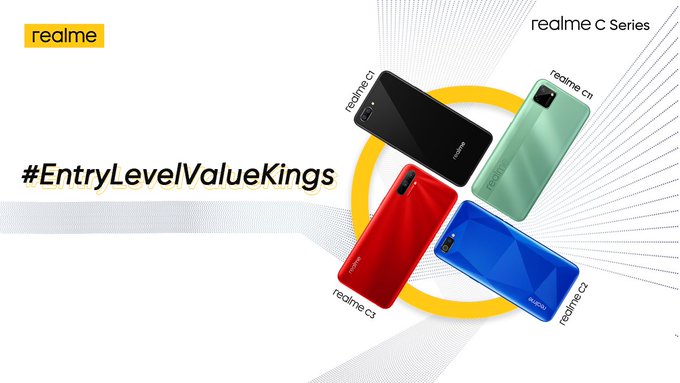 Recently, two realme smartphones with code RMX2189 and RMX2180 were spotted on the Bureau of Indian standards(BIS) database.

Realme C12 is expected to feature a 6.5-inch IPS LCD HD+display and Octa-Core MediaTek Helio P35 chipset and 3 GB of Ram. The Realme C12 will be loaded with Android 10 OS and Realme UI and likely to have a 6,000 mAh battery and will come with 10W charging support.

The realme C15 is expected to feature a 6.52-inch IPS LCD HD+panel with water drop notch and Media Tek Helio G35 chipset and 3/4 GB of Ram.The device comes with 64 GB of storage and a micro card slot. It will be based on Android 10 OS  and Realme UI. It has a 13 + 8 + 2 + 2 quad camera system and 8-megapixels selfie camera. The device houses a 6000 mAh battery and supports 18W fast charging through USB-C.

After seeing the specification Realme C12 seems to be a cheaper smartphone than the Realme C15.

What do you think about the Realme C Series & what should the pricing? Do let us know down in the comments below.