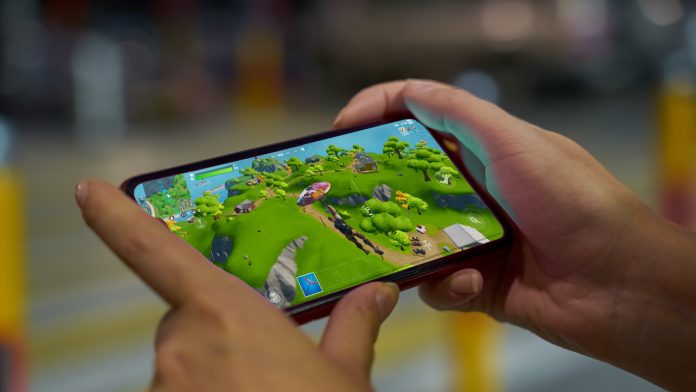 Fortnite has been unavailable to play on iPhone and iPad since Apple removed it from the App Store due to a legal dispute with Epic Games, but Microsoft’s Xbox Cloud Gaming service has brought the battle royale game back to iOS. Continue reading to learn how to play Fortnite for free on your device.

Why Can’t I Install Fortnite From The App Store?

In August 2020, Apple removed Epic Games’ game from the App Store after it added a direct payment option in violation of the App Store’s rules. However, there is good news for all iOS users. Fortnite is now supported by the Xbox Cloud Gaming service, so you can play it on your iPhone or iPad using Safari or another browser.

The Xbox Cloud Gaming service, which is available in 26 countries, lets you play games streamed from a remote server through a web app, eliminating the need to download and install game data on your iOS device.

All you need to play Fortnite on your iPhone or iPad is Wi-Fi and a Microsoft account. Since Fortnite uses touch controls, using a controller isn’t required. Follow the below-mentioned steps to get up and running in minutes.

Will Apple Reintroduce Fortnite To The App Store?

Except for some appeals and resistance to the judge’s stipulations, the legal wrangling appears to be mostly over. But there’s no sign of a reconciliation between the two companies, and Fortnite isn’t expected to return to the App Store anytime soon.

Steps To Play Fortnite for Free on iPhone and iPad

You can stream Fortnite using Microsoft’s Xbox Cloud Gaming platform. You can play Fortnite this way with touch controls or an Xbox controller, which can be paired with an iPhone, iPad, or Mac.

Since you’re streaming the Xbox version of the game over the cloud, there may be some quality compromises and increased latency with this method.

Follow these instructions to set up Xbox Cloud Gaming and play Fortnite on your iPhone or iPad:

Go to xbox.com/play on your device’s browser

Fortnite and other Xbox Cloud Gaming games are available here.

Game Pass Ultimate is not required to play Fortnite.

You can use Nvidia’s GeForce Now service, updated in January 2022 to make Fortnite playable in Safari. It was previously a closed beta, but Nvidia has now opened it up to anyone interested in participating. You don’t even have to be a paid subscriber to play – though you will be limited to hour-long sessions and lower performance if you aren’t.

GeForce Now is a gaming service delivered via the cloud. That means the actual gameplay is rendered remotely rather than locally, allowing you to get high-end gaming performance on a low-cost PC, Mac, iPad, or iPhone. Just make sure you are connected to the internet. Note that Nvidia recommends 25-50Mbps.

Despite the App Store’s removal of Fortnite, it’s simple to get Fortnite on your iPhone or iPad if you haven’t already purchased and/or installed it.

Go to Purchased and then select My Purchases to see the apps you have ever downloaded.

The game should now work on your iPhone or iPad. Make sure to turn off the orientation lock so you can play the game fullscreen in landscape mode.