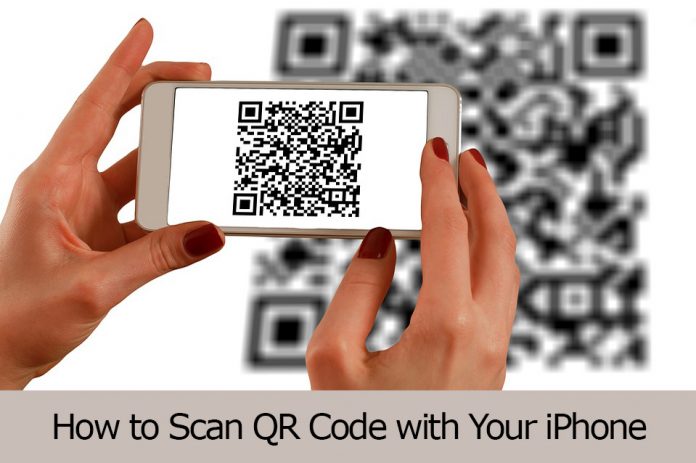 What is QR Scan Code?

Quick Response Code or QR scan codes offer more benefits than you actually think. While it is mostly used for making payments, there are many other ways in which it can be used for. The instances include contact sharing and networking, coupon codes, viewing menus and placing orders in a restaurant, purchasing by adding a choice of item in the shopping cart, and many more. There are several websites, locations, shops, and individuals who like to use QR scan codes.

If you are fronted with a situation where you would have to scan a QR code to perform one of the actions mentioned above or a similar thing then you must know how it is done. Scanning QR codes is not difficult. Apple has a built-in QR scan code reader in its camera application that simplifies the process for you.

You don’t have to download any third-party app to scan the QR code. We have here an easy guide that will help you understand how to scan QR code on iPhone or other iOS devices that you may have. The feature works for most versions of Apple but it is easy when you are using an updated version of iOS. This ensures that you have access to all the latest features that have been made available in the latest version.

Here is how to scan QR Code on iPhone, iPad, or other iOS devices that you have:

If you are not sure whether the version of iOS in your phone scans QR codes without an app then you can check using the following steps:

If you don’t have this option on your device then you will not be able to scan QR codes, natively. However, you can download a good QR scanner app and then use it to scan codes.

Open the camera application on your phone

Hold the camera over the QR code, without shaking it. The QR code should fit in the scan box that is visible through the camera

Tap on the notification that you received and you will be directed to the desired QR code destination (an app, payment portal, website, etc.)

For iOS Users Who Cannot Scan Natively through Camera App

Apple has provided another built-in app – Wallet App using which you can scan certain QR codes. Here is how you can use it

If the QR code can be saved it will prompt Add to Wallet. You can tap on the + symbol on top of the screen and tap Scan Code to Add a Pass

However, the Wallet app lets you scan very limited things such as boarding passes, coupons, tickets, or loyalty cards. If there are other QR codes that you wish to scan then you must download a good third-party app from the Apple Store. Next, follow these steps above and use the QR code scanner available on your iPhone, iPad, or other iOS devices.