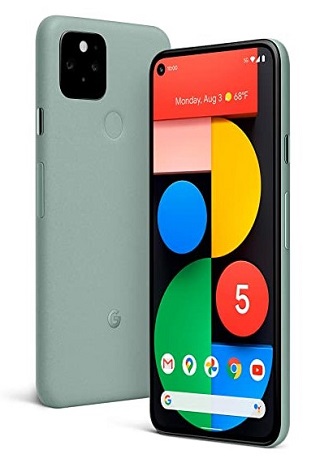 Google pixel is undoubtedly one of the best Android smartphones out there. It has plenty of exciting features with an easily accessible set-up. There are a few issues that pixel users often face that are irritating and can interrupt you in your busy schedule. Most of these issues occur because of different types of software bugs. After upgrading to the Android 12 stable built, users may face plenty of unwanted issues. One of the most common issues is the Pixel series crashing whenever Bluetooth connects after the Android 12 update. Many users across the world have reported this issue. Let’s get a deeper insight into this.

Why update the Google Pixel device to Android 12?

This update brings a bunch of new exciting features along with many improvements. People across the globe are loving this because of some obvious reasons, such as:

You can use a custom color palette and new widgets as per your preferences.

It includes fluid motion and animations.

It has a better power efficiency

It has a faster and more responsive user experience.

It has better privacy controls than what Apple introduced in earlier iOS releases.

It has a compatible media transcoding feature for better video quality.

Though it has many exciting features and improvements, it also has some bugs and issues that one can’t avoid. As this is a device of a high price segment, we think Google should take these issues seriously and troubleshoot them for a better experience.

If you go through the Pixel Phone Help forum reports, you can see most Pixel devices have issues with the Bluetooth connectivity just after upgrading to Android 12, such as repairing. On the other hand, after a recent security patch update, the phone crashes to the recovery screen whenever the user tries to connect their devices with any Bluetooth. Restarting the phone can solve the problem, but in most cases, it is temporary, and after some time, the issue occurs again.

Some possible methods can solve this problem for many users as many pixel users benefited from applying these methods. As Google has not given any official statement with a solution for troubleshooting this issue, we are not sure whether the solution will work for everyone or not. However, trying the possible way out is the only option here. If you are witnessing the same problem, you just have to simply update all the apps from the Google play store, especially the Google app. For doing this, follow the steps below:

Open the Google Play Store app on your Pixel device.

Tap on the profile icon located at the top right corner

Go to the Manage apps & device.

Tap on Updates available where you will find the ‘Update all’ button. Tap on it.

The apps will be updated one by one. Ensure to update the Google app to fix this issue.

Once the apps are updated, twice check the updates again.

The issue should be fixed after applying this process. We hope Google will take this issue seriously in the near future.