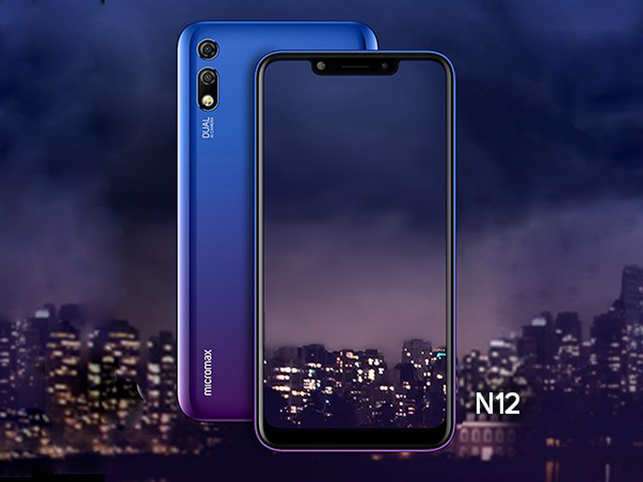 The Infinity series of Micromax are budgeted phones that have decent features for the price they have being made available at. The latest in the series is the Micromax Infinity N12 which was launched in the month of December, 2018. Micromax seems to have made a sort of comeback in the market with their Infinity phones.

Available in three striking colors of Velvet Red, Viola and Blue Lagoon the Micromax Infinity N12 has a refreshing look. It has a mirror-like glossy finish which looks attractive but does leave back a lot of fingerprints on the back. Also, you might consider adding a cover in case you are not the one to handle the phone gently as the phone is a bit slippery. The bezels, however, are thin which gives the phone a sleek look. There are three different slots which are for a microSD card and two SIM cards. Overall the phone looks trendy.

The N12 has a 6.19 inch HD + resolution with an 18:9:9 aspect ratio and 720×1520 pixels. The brightness levels work fine and using it in bright daylight isn’t a problem. Some users may at times find the colour tones to shift when the phone is viewed from different angles – this is something which is quite inconspicuous and can be completely invisible to most eyes. There is a single speaker below which is quite loud and clear. For the price that it is being offered the smartphone has a pretty decent display. 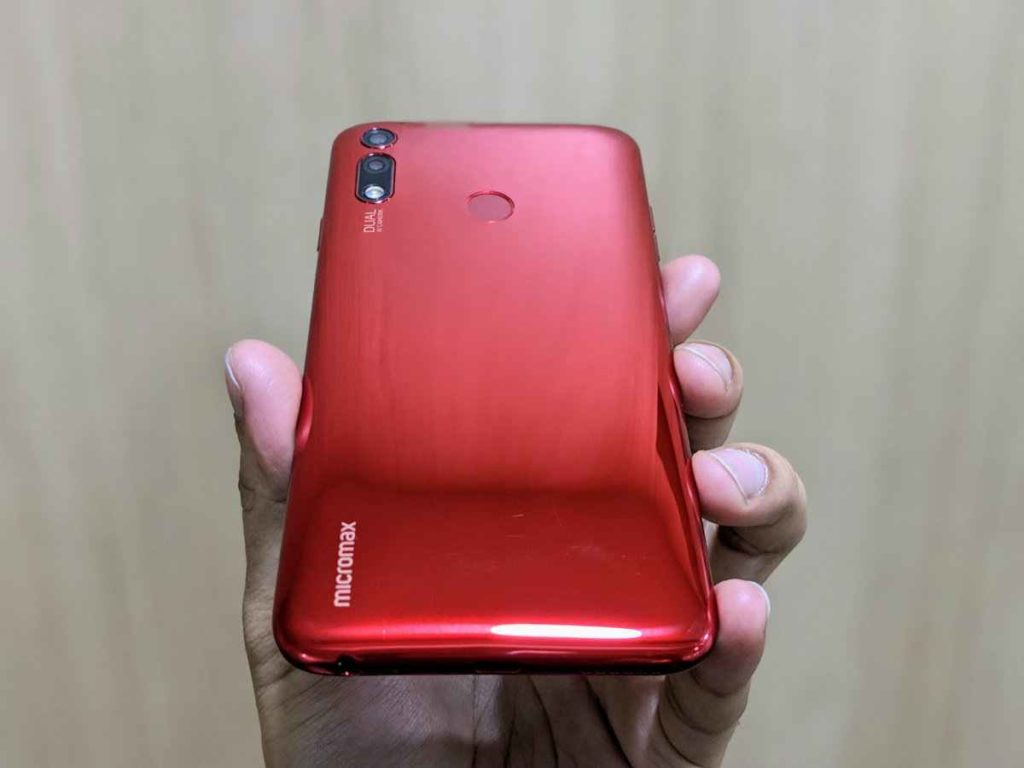 Micromax has used MediaTekHelio P22 octa-core processor clubbed with a 3 GB RAM to power the Infinity N12. Even though the pixels are low, you can play PUBG on it which struggles to load but once up runs fine. The UI animations are mostly smooth. Although the MediaTekHelio P22 is best in its line it is not the best available therefore the Infinity N12 does take some time to power up. It offers a storage capacity of 32 GB which can be expanded up to 128 GB with a microSD card.

The Micromax Infinity N12 runs Android 8.1 Oreo and the company promised the users Android Pie soon. There are several pre-loaded third-party apps including Facebook and Amazon. The M! Browser is the company’s browser which is always present in their line of phones. Using multiple apps doesn’t seem to be a problem – swiping and switching between the applications is not bumpy. It features the DuraSpeed which is meant to boost the current app that is in use and restrict the ones that are in the background. The face unlock and fingerprint sensors work fairly well.

Micromax Infinity N12 has a dual camera set up on the rear featuring is a 13 MP camera and a 5 MP sensor. The camera has been integrated with AI which recognizes the scenes; however, the shots don’t come out as clean. The daylight shots are clean and clear, but when the light is scarce, the photos are hazy or blurred. The color gamut is narrow so don’t expect clear and spotless pictures from the N12 camera.

The front shooter is 16 MP which takes care of all your selfies. The FaceCute and Beauty modes make your face thin and flawless. The phone struggles to give you an accurately blurred background in the portrait mode from the front camera.

One of the best features of Micromax Infinity N12 is its battery. It features a 4000 mAh battery which lasts you throughout the day so you can take calls, watch videos, play games, text and even click or record photos freely once you have the phone completely charged. The battery doesn’t offer fast charging facility so make sure you give it a couple of hours to boost up on its energy before you leave home.

For a budgeted phone Micromax Infinity N12 is a perfect buy – it gets your job done! It definitely stands tall for the phones that are available in its range. It has all the features that a good phone in this range should have. It performs well and looks decent.