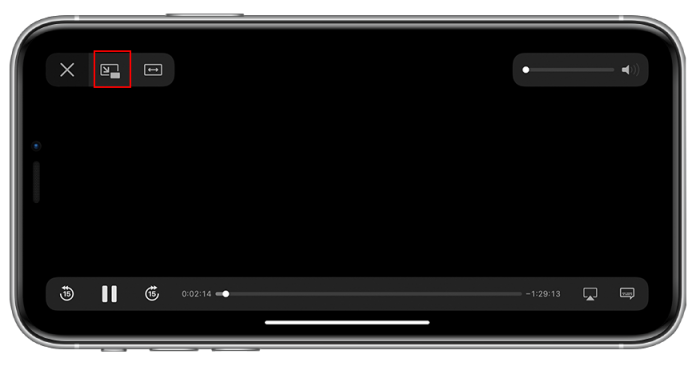 The picture-in-picture feature was first introduced by Apple long back in iOS 9. From then, users were clamoring for the feature to come to the iPhone. With the release of iOS 14 on September 16, Apple fulfilled the wish of its users. The picture-in-picture has come to the iPhone, and it works the same as on the iPad. Choosing between browsing the internet or watching a video, the user can easily browse over the internet and, at the same time, watch their favorite video. Though the app requires incorporating support for the feature, with the PIP mode, you can easily play the video on one app while keep navigating on the rest of the phone. The feature does multitasking. And here is details guide on how to use picture-in-picture on iOS 14.

How Do I Use The Picture-in-Picture On iOS 14

The popup window can be moved around anywhere on the screen as you want. iOS 14 allows its users to temporarily minimize the video by just flicking the video to the edge of the user’s phone screen. The video will still be playing in the background.

With the pinch in and out feature, you can change the size of the popup window. If you want to view the video on a full screen, double-tap the popup window.   And simply, by tapping on the “X” button you can close the picture-in-picture window.

Even if the PIP window is getting in between your task to reply to a text or email, you need to just swipe the window off to the side of the phone screen, where it will dock and will disappear. There will be a tab left behind, which can be clicked if you want the window back again. The best part is that the audio will continue to play if the video thumbnail is docked.

So, this is how to use picture-in-picture on iOS 14.

Which are the iPhone apps that support the picture-in-picture mode in iOS 14?

Apple included the feature to use the PIP mode in some of its apps like the Apple TV, Safari, FaceTime, Podcasts, iTunes, and even the camera feed in the Home app. On updating the iOS 14, even the third-party developers can add this new feature to their apps.

The best and simple way to check if your iPhone has installed the PIP mode is just to start watching a video and expand it to a full screen. After a few seconds, press the home button or just swipe from the screen’s base to exit from the app.

If your iPhone supports the PIP mode, you can see that the video will automatically shrink down to a small thumbnail but will keep on playing.

The iOS 14 picture-in-picture YouTube app had first blocked the feature for many unknown reasons. Now there is a reversed course; the YouTube app does support the Picture-in-Picture mode but is limited for its premium subscribers only. You can give another try by following the below steps:

You can even change your iPhone settings to automatically prevent the PIP mode from playing if you leave the app.

The Apple new feature is introduced to work with videos only as compared to Android for the PIP mode, which works well with Google Maps also. Once you have installed the iOS 14, you are just in for a treat. With this new feature of picture-in-picture, you can keep watching the Netflix or even speak to your friend and simultaneously check your email and use any other app on your phone.