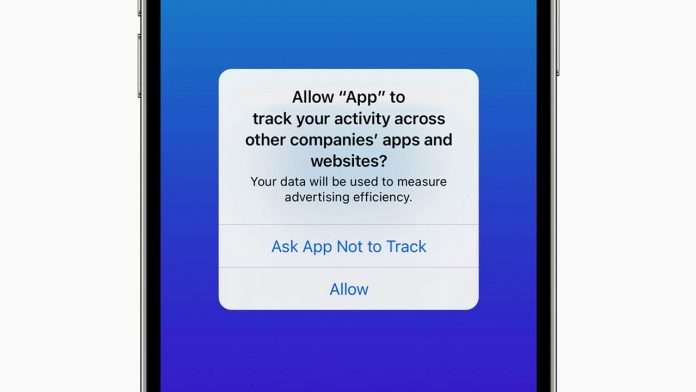 In case you don’t already know, most iOS apps ask for various permissions to able to function smoothly. However, this also allows them to track your web activity and phone usage. Although it is mostly harmless, app tracking has been abused to steal personal data like location, phone number, usage statistics, etc.

Thankfully, Apple has found a way to tackle this issue by giving you the control to turn the tracking on or off. With the new iOS 14.5 update, Apple has added the App Tracking Transparency feature that allows you to opt out of unwanted tracking.

What is App Tracking Transparency on iOS 14.5?

iOS 14.5 has an in-built system that automatically hides personal user data from advertisers and prevents apps from tracking user activity online and inside apps. Although iOS previously had an option called ‘Allow Apps to Request to Track’, Apple has brought it to the forefront in the latest update.

The new App Tracking Transparency feature has been built into the app setup process. Whenever you install a new app, you will be given two choices to either ‘Allow’ tracking or ‘Ask App Not to Track’. The permission pop-up will also explain how the user data is used and for what purposes. This feature allows more privacy and prevents apps from spying on you.

For instance, if you search for shoes on an app, you will often find that several apps are bombarding you with ads related to shoes. The new App Tracking Transparency feature on iOS 14.5 fights against this advertising behavior. You can now choose to give or take away tracking permissions on any app.

How to Stop Any App from Tracking You on iOS 14.5?

Thanks to the new feature, you can now download new apps and immediately get a notification to set the tracking preferences across apps and websites. You get a dialogue box that shows you all the information tracked by the app, and you can then allow or not allow the app to track your user data. 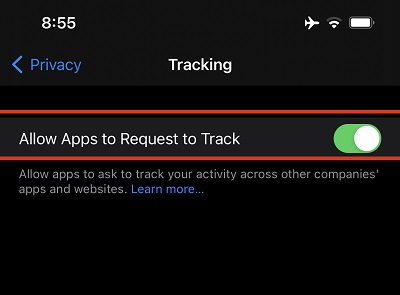 So, this is how to stop apps from tracking you on iOS 14.5. However, even if you decide to completely block tracking for all apps, you will still see ads on apps and websites. However, those ads would be more generic and not according to your online activity, thus giving you more peace of mind.

How to Stop Already-Installed Apps from Tracking?

How Does the New App tracking Transparency Feature Help?

Apple devices are known for prioritizing security, and the latest iOS 14.5 update builds upon that promise with the new App Tracking Transparency option. It has been a highly requested and debated feature and gives explicit control in the users’ hands.

Without your permission, no app on your iOS device can use your data to show you targeted ads or share your data with advertisers or any other third parties. This feature extends to the apps made by Apple as well.

Developers will now be required to ask for tracking permissions in the app when a user installs it for the first time. In case developers do not follow this ethic, Apple will either direct them to update the app or remove those apps from the App Store.